A key land reform lesson South Africa can take from Zimbabwe is that the country experienced record-low investment in agriculture due to land rights issues. 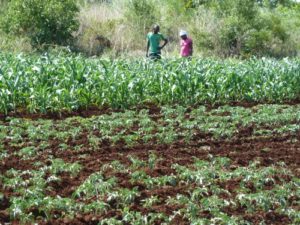 The issue of land reform was discussed at the African Agri Investment Indaba on Wednesday, where Dr Nigel Chanakira, the chair of the Zimbabwe Investment Authority, highlighted the impact on Zimbabwe.

Chanakira was part of a panel discussion on land reform.

“We have clearly seen more than a decade of losses in agriculture in Zimbabwe, where a farm became a ‘weekend resort’ until production and equipment got lost. We have evidence in Zimbabwe of people being ‘cell phone farmers’,” said Chanakira.

“There was a lot of corruption in the past, but the good news is that with the new administration since November 2017, the real focus is now on making sure farms are productive.”

In his view, it is pointless to go through land reform and ignore the poorest of the poor – including farm workers and women.

“My message for SA is: once bitten, twice shy. Agriculture must involve food security and the livelihoods of the poor. We saw in Zimbabwe that it is pointless to go through land reform and ignore the poorest of the poor. In Zimbabwe this led to a lack of food and SA too must ensure it can feed the poor,” said Chanakira.

“As an outsider looking in at SA, my message is that, when I hear the numbers of the output SA had from agriculture and development, I see that the growth rate in terms of the SA economy has not been that high.”

He suggests that South Africa asks why, with all the money received for reform, there has not been more growth.

“I would say it is because the masses were left out of the equation. Farming could have been distributed to a whole lot more people. Like we learnt in Zimbabwe, the distribution of wealth must be wider, we are now starting to see that in the wider benefits from our tobacco farming.”

In his view, SA also needs to focus on enhancing better yields from crops. He said Zimbabwe is, additionally, focusing on diversification to higher yielding crops.

Furthermore, he added, the use of technology is another very important factor in agriculture.

“We have come through and had a record tobacco crop and a good maize crop. We are now in a phase where the government will do joint ventures with the private sector,” said Chanakira.

He said the record tobacco crop was due to such joint ventures on government farms with the Chinese.

“Due to what we have lost in agriculture in Zimbabwe, it now gives investors the opportunity to rebuild infrastructure and agriculture. We can now lease equipment to new farmers. Dam building is also on the go. It should not only be about new activities, but also about the maintenance of existing infrastructure. Something might be easy to obtain, but difficult to maintain,” said Chanakira.

“We have to improve yields. There are opportunities for equal substitutions of produce to supply to export markets. We also have opportunities to export beef. We are now looking for investors.”