HARARE — Human rights organizations and opposition parties in Zimbabwe fear the "old days" are back after the government this week threatened to deregister civic organizations that get involved in politics. 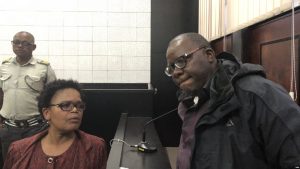 The National Association of Non-Governmental Organizations said Friday threats to shut down NGOs that meddle in politics caused them a “sense of shock”.

The threat came from the acting minister of public service, Kazembe Kazembe, who said non-profits are not legally allowed to engage in politics.

“The government has however noted with concern that some private voluntary organizations and/or NGOs have negated their objectives and are now meddling in politics,” said Kazembe. “Should these organizations continue with this behavior, government will not hesitate to withdraw their registration certificates.”

Roselyn Hanzi, director of Zimbabwe Lawyers for Human Rights, says she was not expecting that threat.

She says that since President Emmerson Mnangagwa took power from Robert Mugabe in November 2017, the government has been somewhat more respectful of rights enshrined in Zimbabwe’s constitution.

When President Mnangagwa assumed power, he pledged to move away from the tactics used by Mugabe to stifle opposition and dissent.

But that seems to be forgotten now, as the ruling ZANU-PF party this week threatened to raise the minimum age for president to 52. That would disqualify the main opposition leader in the next election, as he is only 40.

He says by shutting down NGOs, the government would only be hurting itself.

“It is actually a misguided priority to tray and threaten NGOs, because NGOs by the very nature of their job, one way or the other are involved in politics.., because they keep the government in chec,” said Rusero. “They also complement the work of the government.”

Hanzi of Zimbabwe Lawyers for Human Rights says her organization will continue to push for Zimbabweans’ rights even if it means challenging the government.