Zimbabwe has gone through phases of violent conflict since independence some of which have been subdued by dialogue leading to agreement, cases in point being the Unity Accord of 1987 and the Global Political Agreement of 2008 to name but a few. 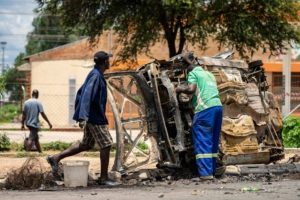 At their peak the periods of violent conflict have unfortunately divided communities along political, geographic and ethnic lines. The Unity Accord of 1987 brought the Zimbabwe African National Union Patriotic Front (Zanu PF) and Zimbabwe African People’s Union (ZAPU) to dialogue following the massacres in the Matabeleland and Midlands provinces where an estimated 20,000 people were killed with thousands others maimed among a myriad of abuses. In 2008 there was dialogue between the Movement for Democratic Change led by the late Morgan Tsvangirai (MDC-T), the Movement for Democratic Change (MDC) led by Professor Arthur Mutambara and Zanu PF after a disputed election that resulted in hundreds being killed and others injured and/or displaced.