The ANC has said that it has noted with concern the political situations in both Zimbabwe and the Democratic Republic of Congo (DRC). 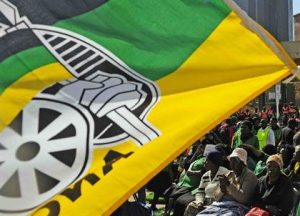 In a statement on Thursday, the ANC said it understood that the recent fuel hikes, which led to violent protests in Zimbabwe last week, had a dire impact on the cost of living on ordinary Zimbabweans.

It added that it was also worried about recent developments in DRC over the central African country’s contested election results, “despite the country’s constitutional court judgement which confirmed the results”.

The much-delayed elections took place on December 30 but was followed by tension as the results were disputed, leading to protests, and curfews being put in place.

The ANC said it was working towards bringing political stability and peace to both countries under the guidelines of the Southern African Development Community and African Union objectives.

“The ANC continues to engage with all political parties in Zimbabwe and the DRC, to encourage them to work towards a peaceful solution and political stability, so that all efforts can go towards socio-economic development and reconstruction,” read the statement.

The party warned that continued violence and instability in both countries was likely to have negative effects on regional countries.

“The ANC notes that unless the situations in both countries are attended to quickly and effectively, an increase in economic and political refugees is inevitable.

“We therefore believe that it is in the best interest of the two countries and their neighbours, including South Africa, to explore all avenues, to ensure that the situation in the DRC and Zimbabwe are stabilised as soon as possible,” it said.

The ANC’s remarks came after EFF leader Julius Malema had warned Zimbabwean President Emmerson Mnangagwa over the southern African nation’s heavy-handedness in dealing with violent protest that engulfed the country.

According to News24, Malema called for the South African government to assist its northern neighbour in dealing with its prolonged economic troubles.

Malema however said South Africa’s help towards that country should come with stringent conditions over the rule of law and an end to police brutality.