Arbitrary arrests of senior MDC leaders are not only illegal but cannot be justified at law. 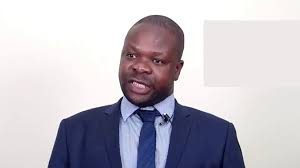 Hon Chibaya, just like many other MDC leaders, is being persecuted for a statement he released in solidarity with the ZCTU March.

The failed Zanu PF government repeatedly criminalised solidarity messages on national television without any point in respect of a law which had been violated.

The MDC makes the point that it’s leaders and members are innocent, they committed no crime but are now being targeted for persecution rather than prosecution.

This is the reason why all magistrates denied them an opportunity to apply for bail, again with no legal basis to do that – a Magistrate cannot at law refuse to hear bail applications.

Bail is a right and our National Organiser is also a citizen who is entitled to be treated according to the Constitution.

The MDC is a peaceful organisation, we follow the Constitution, we have for two decades refused the temptation of any unlawful or unconstitutional redress of our plight. That is still our approach.

This is the reason why President Nelson Chamisa has offered dialogue as opposed to confrontation but that does not take away the people’s right to protest and express themselves in line with the laws of the land.

The MDC is actually a victim of violence, our supporters have been besieged, maimed,, abducted, tortured and killed, but the party has always insisted on peace rather than retribution.

It is therefore prudent for this failed government to investigate these attrocities as opposed to persecuting the innocent.