Crisis in Zimbabwe Coalition (CiZC) stands in solidarity with Zimbabweans demonstrating against the continued economic meltdown and the government’s failure to address the situation. 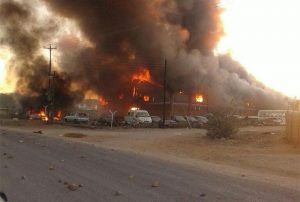 It is our firm view that the demonstrations are genuine actions from ordinary citizens reeling from the effects of the country’s economic crisis.

The government’s failure to arrest the country’s economic meltdown is quite apparent and what has worsened the situation is the fact that government continues to implement policies that continue to impact negatively on the lives of the majority of citizens most of whom are living far below the Poverty Datum Line (PDL).

CiZC reiterates that comments from government officials insinuating that the demonstrations are meant to effect regime change are quite unfortunate.

We condemn in the strongest of terms the heavy-handed approach by government in dealing with the demonstrators.

The move by the government to deploy armed police and soldiers against citizens exercising their democratic right to protests should be condemned in the strongest of terms.

In a move reminiscent of the August 1, 2018 incident during which soldiers killed 7 civilians in Harare, lives were lost while several people were injured when the army and police fired at civilians today, January 14, 2019.

It is quite evident that the government has resorted to military tactics in dealing with innocent civilians whose grievances are genuine. In this regard, we reiterate our demand for de-militarization of the Zimbabwean state and a return to constitutional order.

Government must never resort to military tactics when citizens protest against its failure to deliver.  Such an approach will serve to worsen the current crisis in the country while further alienating the country from the international community.

We are concerned that the current economic meltdown has impacted negatively on human rights in Zimbabwe and in the process, leading to unnecessary loss of lives, arbitrary arrests and persecution of opposition activists and human rights defenders.

We further reiterate our call for a multi stakeholder national dialogue as a way of dealing with the crisis bedeviling Zimbabwe.

Crisis in Zimbabwe Coalition will continue to appeal for regional, continental as well as international support over the Zimbabwean issue.

We further urge Zimbabweans to remain peaceful and resolute while exercising their constitutional right to demonstrate.