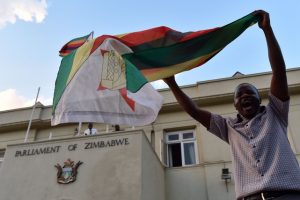 Once again soldiers have assisted the Police in maintaining law and order in our cities.  Once again – tragically – people have been shot and killed, though it is not clear if soldiers or police officers fired the shots.

In this Constitution Watch we shall look at the degree of force that may be used to maintain law and order, and at the circumstances in which military personnel may be called upon to assist the police for that purpose.

Degree of Force that may be Used

In maintaining law and order, and in quelling riots and public disturbances, the authorities are entitled to use whatever force is reasonably necessary for the purpose, but no more than that.  Excessive force is illegal.  This is made clear by:

Whatever violence is used, and whatever the provocation, people must not be killed.  The right to life is sacrosanct and cannot be taken away except by a court when it sentences a criminal to death [section 86(3)(a) of the Constitution].  Hence, if police officers or soldiers resort to the use of firearms they must do so with extreme caution:  if they shoot someone and kill them the killing will always be unlawful.

Not only must any force used by law enforcement authorities be reasonable, it must also be used for a legitimate purpose, i.e. maintaining law and order and national security.  It must not amount to indiscriminate violence.  People must not be beaten up, and they must not be made to remove illegal barricades across roads if they themselves played no part in erecting them.

And, importantly in the circumstances of a strike or stay-away, force cannot be legally used to compel people to go to work.  Whether the stay-away is legal or illegal is immaterial.  The authorities can [and should] stop any intimidation of workers, and they can legitimately remove obstacles preventing workers from going to work, but they cannot force or compel workers to go back to work.

When the Military can be Called Upon to Aid the Police

In the present case it is not clear who authorised the deployment of soldiers, or in what circumstances.  The matter should be clarified in the interests of transparency, because if the deployment was not properly authorised then the soldiers would have had no official role in assisting the police and could be held liable for their conduct.

To sum up:  police officers and soldiers [if properly authorised] can use force to quell public disturbances, but the force must be reasonable and proportionate in the circumstances and must not extend to killing people.  This is so even if the disturbances they are faced with are violent and extensive – and the recent stay-away was marred by deplorable violence.  Whatever the provocation, the authorities’ response must be moderate, reasonable and proportionate.  And killing is illegal whatever the circumstances.