The National Association of Non-Governmental Organisations (NANGO), the official umbrella body of NGOs operating in Zimbabwe, implores President Emmerson Mnangagwa and his administration to understand that a fuel price hike under the current economic conditions may have untold repercussions. 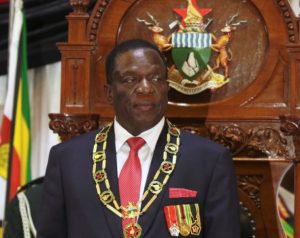 The price increase comes at a time when most companies have halted production and in a country where unemployment is very high. This new fuel prices will spiral into price increases of many other basic commodities, systematic erosion of salaries, charging of some basic commodities in United States Dollars and resultantly increase the cost of living.

Social media is awash with civil society, workers unions, pressure groups and economics experts proffering advice and solutions on how the situation can be abated. This brings the realisation that government should engage all interested stakeholders before imposing exorbitant fuel prices.

The nation looks forward to a nation building endeavour premised on homegrown solutions albeit with assistance from external investors. This does not negate the need for structural reforms with inclusion of youth, women, children and people with disabilities in the decision making process as well as observance of human rights.

NANGO encourages all citizens to exercise restraint and refrain from violence and looting. The police and army are also encouraged to respect human life and not suppress constitutional liberties.

NANGO is a non-party political, non-profit making organisation and non-denominational official coordinating body of NGOs in Zimbabwe with a membership complement of over a thousand organisations. It carries under its wings an amalgam of various issue constituencies and representative groups all with the singular focus of meeting the development needs of men, women and children in Zimbabwe.