DA leader Mmusi Maimane wants the United Nations, the International Criminal Court and the South African government to intervene in the Zimbabwe "crisis". 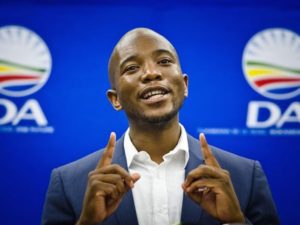 On Monday, Maimane said human rights were violated in recent protests in the country over the government’s decision to increase the petrol price and this left at least a dozen people dead.

“The year 2019 has started off in the worst conceivable way for our northern neighbours… today, the country finds itself on the verge of a humanitarian crisis,” said Maimane.

WATCH: “This is a crisis. This is a situation upon which the South African government cannot continue taking quiet diplomacy as a way forward.There is a humanitarian crisis taking place in Zimbabwe.” – @MmusiMaimane#ZimbabweCrisispic.twitter.com/ZfnmYTnZJm

“Widespread civilian suppression, military-led violence and bloodshed has ensued, as Emmerson Mnangagwa’s Zanu-PF government has implemented what can only be described as a dictator-like military clampdown on citizens, which has to date, claimed the lives of at least 12 people.”

Zimbabwe was under an internet blackout on Friday after authorities extended a communications ban to cover emails. Meanwhile, the United Nations is urging an end to a security crackdown on civilians triggered by days of deadly protests. Saskia O’Dono

Maimane said citizens were shot and killed, homes were raided and the entire country was “effectively on lockdown”.

According to the Zimbabwe Human Rights NGO Forum, at least 12 people have been killed, with reports of 78  gunshot wounds, and 240 experienced “assault, torture, inhumane and degrading treatment”.

Maimane said he had been told that Zimbabweans were fleeing their country. He also heard from border officials that more than 130 000 people crossed the Beitbridge border post into South Africa in a single day in mid-January.

“The situation is dire,” Maimane added.

“With the fall of the Mugabe regime, a sense of hope arose as change was promised by new President Emmerson Mnangagwa. Mnangagwa committed to doing things differently, and Zimbabweans believed this was indeed possible. However, over a year after Mnangagwa took office, nothing has changed”.

The DA leader also accused President Cyril Ramaphosa and his government of having “sat on its hands” and watched on, while employing the government’s “quiet diplomacy” policy.

“There has been no advocacy for the citizens, no justice for the deceased, and no protection of civil liberties for those who are currently detained.”

Maimane vowed to “fight against the oppression and murder of innocent Zimbabweans” who are mobilising and calling for change.

“You have many friends in South Africa. Beyond your borders you have millions of allies in your fight for a free and open society.”

He said that his party would pursue a set of immediate interventions to resolve the “crisis”.

In his capacity as chairperson of the Southern African Partnership for Democratic Change (SAPDC), he will pay a working visit to Zimbabwe this week to meet with opposition leader, Nelson Chamisa, and former MDC leader Tendai Biti, among others.

“The purpose of this visit is to seek practical solutions to the ongoing crisis and garner support across the region for much-needed intervention in Zimbabwe”.