Harare - The entire board of the Zimbabwe Anti-Corruption Commission and its chairman, Dr Job Whabira have resigned with enmass and with immediate effect. 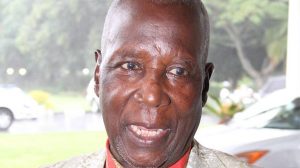 The commission has been under a sustained attack from government officials for some time. It is not clear what precipitated today’s resignations but it has been an open secrete that ruling ZANU (pf) officials and government wanted the board to resign.

The Chief Secretary to the President and Cabinet, Dr Misheck Sibanda announced in a statement that President Emmerson Mnangagwa had accepted their resignations.

The commissioners are said to have all gone on leave from today while their terminal benefits are being worked out.

“His Excellency the President extends his gratitude to Dr Whabira and the Commissioners for the sacrifice and efforts they rendered to the country in working towards the elimination of the scourge of corruption which threatens to tear apart the very fabric and ethos of our society,” says the statement.

In order to fill the newly-created vacancies, the Parliamentary Committee on Standing Rules and Orders will be asked to submit names of new people to be appointed as commissioners. 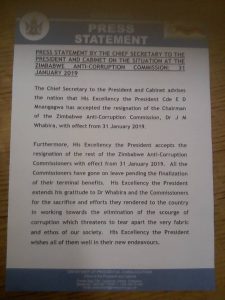 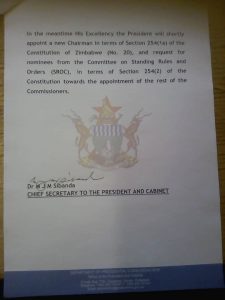