Despite president promising a crackdown on violence

Zimbabweans say horrific abuse has continued even after President Emmerson Mnangagwa denounced the violence as ‘unacceptable’ and said that ‘heads will roll’ on Tuesday.

The unrest which began last week has left 12 dead and more than 300 wounded as protests erupted over a prohibitive rise in fuel prices that made their gasoline the world’s most expensive. 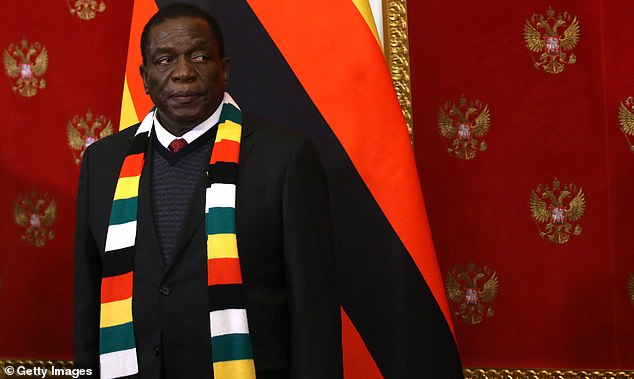 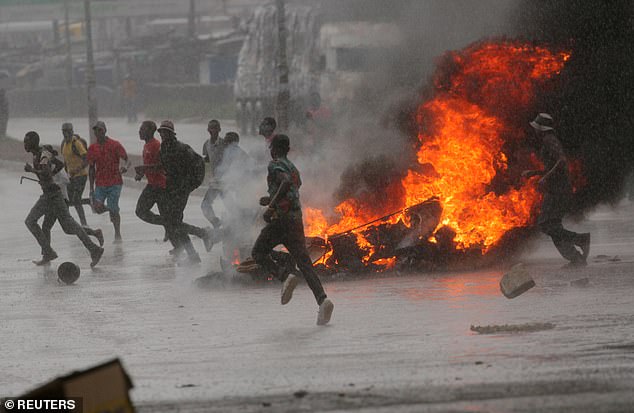 The ruthless response to the protests from the army and police shattered Mnangagwa’s claims he would usher in reform after Robert Mugabe’s violent reign was ended 14 months ago.

The president was forced to cut short a five-nation tour of Europe to spare his blushes as international condemnation rang around the world.

Mnangagwa – nicknamed the crocodile – cited an ‘economic situation’ to brush over abuses which some have claimed are worse than Mugabe’s.

‘Violence or misconduct by our security forces is unacceptable and a betrayal of the new Zimbabwe,’ Mnangagwa said on Twitter.

‘Chaos and insubordination will not be tolerated. Misconduct will be investigated. If required, heads will roll.’ 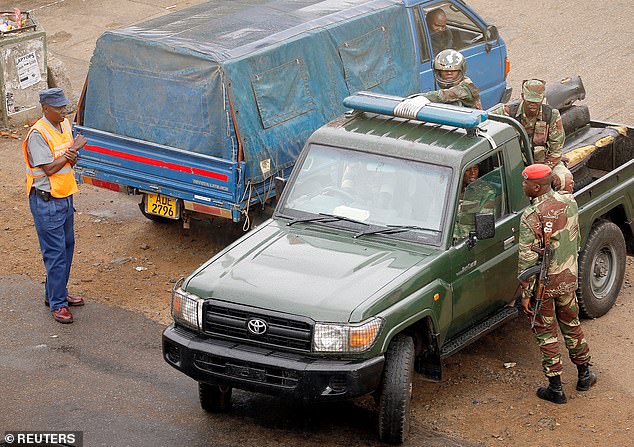 Soldiers and police direct motorists as they queue for petrol in Harare, Zimbabwe on Tuesday 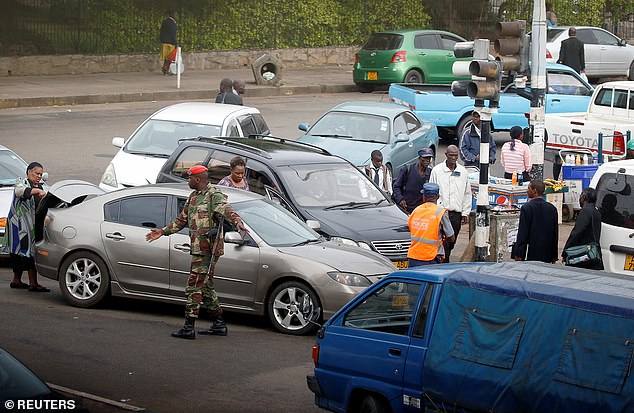 The army asserts that uniformed perpetrators of abuses are ‘bogus elements’ out to tarnish its image.

The government accuses the opposition of stirring up trouble.

Fearful residents in poor and working-class suburbs of the capital, Harare, and second city, Bulawayo, are locking themselves in at night.

‘We have received very disturbing reports of a number of cases of women allegedly raped by members of security forces,’ said Dewa Mavhinga, southern Africa director for Human Rights Watch.

He added: ‘Beatings, harassment and other abuses have continued after Mnangagwa’s return and there are no clear actions from the government to hold accountable those committing the abuses.’ 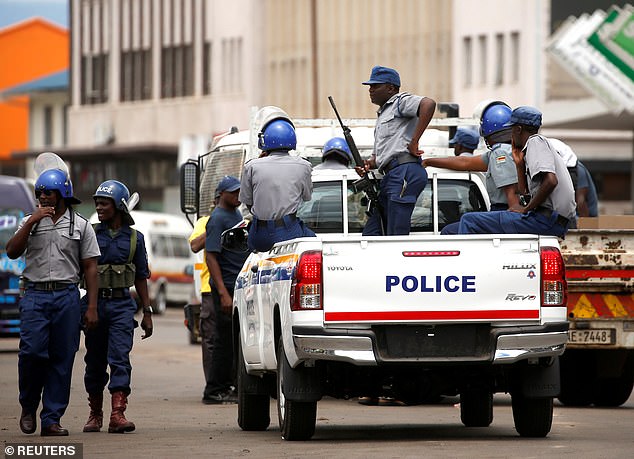 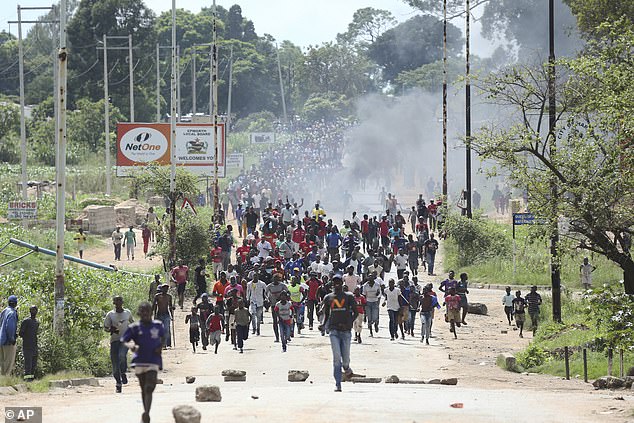 Protestors gather on the streets during demonstrations over the hike in fuel prices in Harare, Zimbabwe last week

Police spokeswoman Charity Charamba said she had not received any reports of rape.

Vendors in the city center were being routinely rounded up by the military, beaten and dumped at police stations, human rights lawyer Doug Coltart said.

Dozens of civil society leaders, opposition figures and activists have gone into hiding, fearing for their lives, Amnesty International said in a statement on Friday.

It noted reported rapes, ‘lethal force’ against protesters and the targeting of health workers who treat victims.

On Friday the High Court in Harare said it would rule on Tuesday on an application by well-known activist and pastor Evan Mawarire to be released on bail.

He has been held for a week and is charged with subversion, which carries a 20-year prison sentence. He is accused of inciting the unrest online. His lawyer rejects the allegations.