A dark cloud has enveloped Zimbabwe following the Battlefields disaster where 38 miners are presumed dead. Our thoughts and prayers are with the family of the miners. 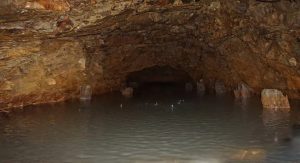 It is therefore imperative to take urgent rescue measures as there is a possibility to save lives. We have always raised our concerns on the effort the government places on ensuring the safety of artisanal miners.

The only time the government cares about them is when they take away the gold and pay them in RTGS or bond notes while they earn foreign currency and line pockets of the elites. Every other small scale miner faces the same danger, flooding risk is nationwide.

The MDC is aware of the Zanu PF government’s attempt to make the sector a partisan sphere. This has prevented stakeholders to assist and the miners to form Unions which would have sought to address conditions and safety issues.

In the future the MDC suggests the following: