The latest government crackdown in Zimbabwe is not wholly surprising, but it is still shocking in its brutality. The people who took to the streets two weeks ago to protest against fuel prices and the rising cost of basic commodities have been beaten, arrested and raped. 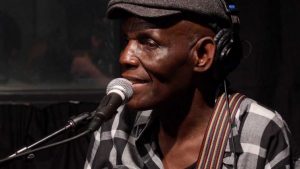 The state has also attacked anyone suspected of having the potential to protest, i.e. those living on the breadline, the only people desperate enough to risk it. The protests were sparked by the overnight doubling of fuel prices, but the anger and frustration have been building for months. When I visited Zimbabwe in December – I left on 11 January, just before the recent violence – people’s budgets were stretched to breaking point. There were twelve-hour queues at petrol stations. Friends asked me to bring them cooking oil for Christmas.

The Zimbabwean dollar was abandoned in 2009 – according to one estimate, inflation had peaked in November 2008 at 79.6 billion per cent – and the use of foreign currencies was legalised. In 2016, the Reserve Bank of Zimbabwe released bond notes tied to the US dollar. But cash withdrawals were soon limited to as little as $30 in bond notes per day, and by the end of 2018 most people were using a mobile-phone payment system called EcoCash.

Prices have gone up, and the value of bond notes has declined. The official government rate is still 1:1, but on the black market one US dollar buys three dollars in bond. In other words, the current economic situation benefits the elite, who have access to foreign currency, while the masses struggle to make ends meet.

The average middle-class Zimbabwean now has to rely on at least two sources of income in order to survive. Women catch buses to Zambia at the weekend to buy cheap clothes for re-sale at their places of work. Vaya, a new taxi service modelled on Uber, is growing in popularity, both as a way of earning a few extra dollars between shifts, and as a reasonably affordable alternative to public transport. But the profit margins are extremely small, and the hours are long. Meanwhile, the political elite continues to deny that there is any problem at all.

Towards the end of last year, doctors went on strike over pay. The vice president, General Constantino Chiwenga, fired more than five hundred of them. A military response from a military man. The public sector and most of the private sector have been whittled to nothing and President Mnangagwa’s call to rebuild the economy sounds increasingly desperate: it will take years, given the plunder of the Mugabe era, and there’s little sign that the process has even begun.

According to the South African Financial Mail, ‘industry insiders and state officials allege that Mnangagwa has interests in the fuel industry through Zuva Petroleum, a fuel importer and major industry player,’ while ‘Chiwenga is believed to have his own interests in the sector.’ The current fuel crisis speaks of a larger political crisis, in which the president and the vice-president both have vested interests and may well be in competition. For the average Zimbabwean, however, queuing at a petrol station or not, life is unaffordable.

When Mnangagwa and Chiwenga ousted Mugabe in 2017, many people hoped that Mnangagwa’s desire to ‘open Zimbabwe for business’ would keep state violence in check. The disputed July 2018 elections, in which at least six opposition party supporters were shot dead by the army, put paid to that. The latest brutality seems to have been instigated by Chiwenga; Mnangagwa’s apparently shocked response may speak of a growing rift between the two. If so, Mnangagwa will have a lot to explain to Zimbabweans; the anger driving the fuel riots goes well beyond the cost of petrol at the pump.

The sense of despair among Zimbabweans was deepened by the death of Oliver ‘Tuku’ Mtukudzi on 23 January. Mnangagwa declared the musician a national hero. His song ‘Wasakara’ (‘you’re too old’) had been banned under Mugabe, who took it personally. ‘If I go political then I am undergrading my purpose as an artist,’ Mtukudzi told BBC Africa in 2018. ‘Because artists are way above politicians, and I can’t go down there.’