Zimbabweans are no strangers to protests. The country was born out of protests and fortunately had survived up till now amid many 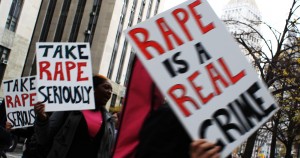 The gaze of the world is once again on the southern African country, Zimbabwe. As usual, it is not in admiration; rather it is in surprise and utmost disgust at the happenings in the country.   The world watches the unfolding events with contempt and wondering if the leaders have the moral capacity to take the country out of the mess it is. It is amazing how in this age and times, the Zimbabwean army sees rape and torture as best tools to suppress popular revolts.

It is beyond comprehension that after the many inglorious years, Zimbabwe security agents have not learnt any lesson that times have changed.   They have indicated that no matter how fast changes may seem to have taken place in the country, the agents are still stuck in the past. Zimbabwe caught the wave of the global crises when on January 14, the government of Emmerson Mnangagwa announced a 130 per cent increase in the price of fuel.   The increase was to kick-start the economy the leaders had raped repeatedly in the past years. No doubt this is a big sacrifice on impoverished citizens who have suffered from many years of misrule and mismanagement. In a country where poverty is a national identity, the effects are unthinkable.

Petrol: As Nigeria battles with N145, Zimbabwe sells N1,204 per litre The Zimbabwe economy has been on the downward slip since the 2000s. This is arising from the self-aggrandisement of the leaders and the long reign of the despotic leader, Robert Mugabe. The situation became worse when Mugabe instituted the infamous land reform act that took land ownership from the white Zimbabweans. The currency nosedived as the print paper became more valuable than the actual purchasing power. The resultant hyperinflation saw the country’s currency given up in 2009 when the rate hit Z$35 quadrillion to US$1. In 2009, annual inflation was recorded to have reached 231 million per cent. It became ridiculous that the government had to stop recording the official figures.   The masses bore (and are still bearing) the brunt of the ill-advised policies of the government.

It’s been a hard pill to swallow for the citizens.   Unemployment rates have gone up the roof, while the citizens survive on few cents a day. The Borgen Project (an international non-profit organisation) in a 2017 article on the “Causes of Poverty in Zimbabwe” wrote thus: “Once on its way to becoming a middle-income nation, Zimbabwe’s society and economy has (sic) experienced great deterioration since 1997. Approximately 72 per cent of the country’s population now lives in chronic poverty, and 84 per cent of Zimbabwe’s poor live in rural areas.” The thoughts of the past failures and seeming insensitivity of the government prompted the gathering of the citizens to protest the recent hike in fuel prices. The citizens took to the streets to voice their opposition. They chanted, shouted, threw a few stones, danced, burnt tyres and listened to opposition leaders. There was displeasure with the government of President Emmerson Mnangagwa. Zimbabweans are no strangers to protests. The country was born out of protests and fortunately had survived up till now amid many.

It was the custom in the country for the government to move massively against protests. During the regime of the despotic leader Mugabe, it was normal for security agents to take down protesters by whatever means they had. Photographs of wounded and bloodied citizens illustrated the many years of Mugabe’s government. Fortunately for the Zimbabweans, Mugabe was eased out of office in 2017. It was good riddance to bad rubbish as the nonagenarian’s rule became intolerable. The final straw that broke his camel’s back was his plan to install Grace, his wife as the successor. This move pitted him against his former lieutenants who propped him up in government for long. His dream of turning Zimbabwe to a family property was his downfall. The protesters had thought the sack of the dictator Mugabe signalled the start of a new Zimbabwe where they can express their views and opinions. They concluded that the new Zimbabwe is one where citizens have the right to protest without intimidation.

They equated Zimbabwe with other civilised counties where citizens rally round to condemn actions of their governments. It was an assumption taken too far and which invariably had cost some of the citizens their lives and not a few women their innocence. There were widespread incidents of rape by security agents. They were soon to realise that the shadow of the Mugabe years is still lurking around in the kingdom.   The leadership baton might have changed hands, but the attitude is still the same. The repression, suppression and dehumanising of citizens seen under Mugabe continue unabated. The handling of the protests has demonstrated that Zimbabwe still has a long way to go. Zimbabwean protesters burn tyres, block roads over fuel price hike The news and reports of the high handedness and incidences of rape by security agents have dashed the hope of a new and better Zimbabwe. To observers, the dream of a country that will break away from the past has now become unrealisable. In actual fact, the situation seems even worse than we saw a few years ago.

Rape has now become the new tool. Zimbabwe, like other African countries, has been very disappointing. Here is a country that was once the toast of the world and by extension the hope of a new Africa. Unfortunately, the hope was relatively short-lived as the “progressives” that fronted the fights against apartheid in the Southern Rhodesia soon became the oppressors of the people. How Mugabe, the legendary face of the “revolution” wrote himself into the bad pages of history is still fresh in our minds. By the time his chapter was closed, he became one of the most hated leaders in the world. The glimmer of hope flickered again in 2017. The Zimbabweans celebrated the exit of Mugabe and welcomed his lieutenant Mnangagwa. We sympathise with Mnangagwa to a certain extent as he battles to bring the economy he and his clique took joy to rape.

He has been working at his wit’s end to reverse some of the policies that brought the economy to its knees. He is frustrated that his fellow citizens are getting impatient. But who will blame them? He wrote on his social media page at the height of the unrest. He said he has “been in Russia working on economic agreements that will give our economy a much-needed boost, I have been deeply saddened by the events in our beloved homeland.” The President should be saddened by how his security agents handled the protests than why his people took to the streets. The rape of women and the crackdown on opposition leaders are being reported daily by international media.

Many women have come out to relive their rape ordeals in the hands of the soldiers. These are not cheery news. It is unthinkable that the army personnel see these women as objects to please their sexual desires. It is gut-wrenching to know that rape is now on Zimbabwe’s army’s security details. Maybe it will soon be taught in the defence college. It says a lot about the level of intelligence of Zimbabwe’s security agents. The world is watching Zimbabwe. Will the “crocodile” Mnangagwa make these agents pay for these inhuman acts? Or will he look the other way as opposition leaders are being rounded up on trumped up charges? Is rape the new tool to suppress opposition in Zimbabwe?