If you are interested in knowing what Keno is, you are on the right page. Continue reading this article, and you will have all the answers. 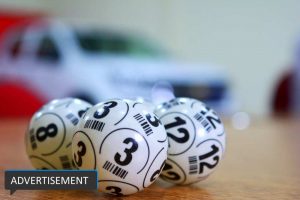 In essence, Keno is a game of luck and also of patience. When playing Keno, you can choose the numbers you want to bet on, therefore making the game’s stakes higher.

The popularity of Keno comes from its simplicity, which has made the game a classic. Even to this day, Keno is still really popular as seen by the different sites still offering the game, such bestkenosites.com. It looks like keno is here to stay, so it makes sense that you would be interested in learning about it. Read the rest of the article to find out what keno is and how to play it.

The roots of keno are from Ancient China during the time that they had to raise funding for their expensive projects such as fighting wars and the building of the Great Wall of China.  The government thought that the best way was through the taxing system. However, the way they did it is through a lottery game where participation is voluntary.

According to the stories, keno was then called baie piao, which means “white pigeon.”  The game was extremely popular then, and its name was derived from the pigeons that were used to carry the result of the lottery to remote villages. The lottery did well and was able to raise the money needed. It worked too well that the game didn’t disappear.

It was in the 1800s when the game came to America. At that time, the Wild West was building the first transcontinental railroad. Labor was needed, but the population was not big enough. Because of that, many Chinese immigrants crossed the Pacific Ocean to work on the railroad. Besides clothes, the Chinese immigrants also brought with them baie piao.

Everyone, even Americans, enjoyed the game and it soon adopted more western names. In the 1990s, it became more commercialized. The game was marketed for the mainstream society and took the name “keno.” This name came from quini, a Latin name meaning “five in a group.” In 1993, keno was introduced to Nevada and from then on it spread. Keno became what people know it was in 1951.

How to Play Keno

You now know how keno came to be, so let’s move on to learn how to play this game. Keno is a game that is a lot like a lottery. You select up to 10 lucky numbers anywhere from 1 to 80, and if the numbers you chose are a match to those of the machine, then it is your win. The bet gets bigger the more numbers you choose, which also means you can win a bigger prize.

Keno is a game of numbers, and it is mostly played by luck. There are up to 80 numbers, all of which have an equal chance of being chosen. In a live game, the player receives a playing card with the numbers 1 to 80 laid out. As described before, they will select a number from the 80 cards from 1 to 10. By choosing, it effectively means they are placing bets on the chosen numbers.

Most of the time, you can play up to 10 numbers, but some casinos allow up to 12 or 15 numbers, but this is uncommon. The 80 numbers were used to be written on balls, but now, casinos have a ball machine choosing 20 balls from the lot randomly. As mentioned before, a player wins when their picked numbers match the resulting numbers.

These days, casinos no longer use the old-fashioned ball machine. Instead, they use a random number generator to draw the numbers. Through the advantage brought by advanced technology, players nowadays can enjoy playing keno online. It means they can enjoy the game at the comfort of their homes.

At the same time, online keno games mean that players can use the same numbers for more than a single game. More than that, players enjoy the fact that they don’t have to carry around with them those heavy balls they use before. Online keno is a lot convenient for players today, which is what has made the game even more popular.

Besides learning how to play keno, it is also crucial that you learn about the key terms associated with the game. Knowing those terms will help become more familiar with the game and exactly know what is happening, especially since casino games usually have their lingo. Make sure to know what a ticket is or a race, so you will have an enjoyable and worthwhile time playing keno.

Now, you have taken the first step towards your goal of playing keno. It is a good idea to read some tips and ask some people who play keno so you can become more familiar with the game. Whatever you do, have fun, and hopefully, you also get some payout.