The MDC notes with concern the continued isolation of the country due to Zanu PF’s poor governance culture, politics of patronage, lies and a bad human rights record. 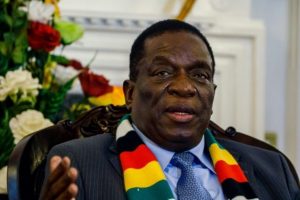 We therefore welcome the position taken by the EU Parliament on the human rights situation in Zimbabwe. It is clear that the world is not buying the denial narrative of Mnangagwa and Zanu PF.

The bloc correctly condemns the excessive use of force by members of the security forces and several other violations including rape, torture, abductions, and targeted arrested and mass trials.

We welcome the EU’s recommendations which include among other issues, the points we raise around genuine dialogue.

The MDC encourages SADC to probe further the facts on the ground following a deliberately misleading presentation they got from Mnangagwa.

The issues raised both by the United States of America and the EU are not out of this world, they are genuine steps which serve the interests of the Zimbabweans.

To help Zimbabwe end it’s isolation, SADC must take a firm position and insist on the implementation of the recommendations, most of which do not even need money neither do they need a long time.