Zimbabwe was rocked by protests in mid-January in the most significant public display of dissatisfaction with the government of Emmerson Mnangagwa. 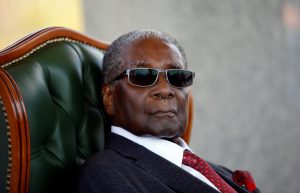 Mnangagwa deposed longtime Zimbabwe ruler Robert Mugabe in a coup in November 2017. This past summer he further ensconced himself in power through an election in which he was declared the winner.

The proximate cause of these protests were a sudden increase in the price of fuel. The government’s response was exceedingly violent and repressive. Thousands of people are now languishing in jail.

On the line with me to explain what caused these protests and why the once promising rule of Emerson Mnangagwa is now looking more and more like a facsimile of the Mugabe era is Mako Muzenda.

Mako Muzenda is a freelance journalist from Zimbabwe who contributes to UN Dispatch. She is currently finishing her post graduate work at university in South Africa, which is where I caught up with her for this episode.

We kick off discussing the fuel tax hike that lead to these protests before having a longer conversation about the ups and downs of the Mnangagwa era in Zimbabwe.

If you have twenty minutes and want to learn the impact of these mass protests in Zimbabwe, have a listen