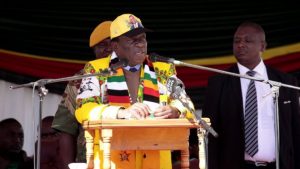 As was the case during the Mugabe era, the ‘new dispensation’ continues to label non-governmental organizations as agents of regime change and this has been the basis upon which the government has tried to justify its crackdown on the organizations whose mandate is to uphold democracy and hold the government accountable.

Since the November 2017 military coup which ushered in the new government led by President Emmerson Mnangagwa, there has been a systemic closure of the democratic space characterized by persecution of civic society leaders as well as the continued militarization of key state institutions.

We are concerned that this unfortunate development has come with adverse effects on democracy, economic development as well as on efforts to re-engage with the international community.

The government has failed to instill confidence in the economy and it is quite unfortunate that when ordinary citizens exercise their democratic right to protest against the increasing cost of living, the government chooses to declare war against citizens and civil society organizations.

We denounce the recent announcement by the government to the effect that they will be tracking funds for non-governmental organizations so as to ensure the funds ‘are not used to fund terrorism’.

The move by the government to ban the operations of CiZC member, Community Tolerance Reconciliation and Development (COTRAD) on March 11, 2019 is regrettable and serves as clear testimony of a sinister agenda to close the democratic space by clamping down on non-governmental organizations.

In February 2019, President Mnangagwa threatened to clampdown on civic society organizations as well as doctors and lawyers whom he blamed for backing the January 2019 protests and events that are unfolding at the moment are true to his word.

If anything, Zimbabwe, despite assurances of a new dispensation, remains stuck in the dark past.