With the uncertainty and confusion has taken a toll on COTRAD membership and stakeholders following the un-ceremonial suspension of the organization by an overzealous Masvingo District Administrator (DA) Ray Hove on 11 March 2019, COTRAD embarked on a campaign that sort update its members and map the way forward. 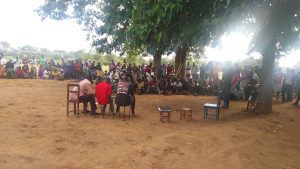 The campaign included a series of meetings attended by over 700 COTRAD members in Chivi, Chiredzi, Masvingo and Zaka districts. The campaign was greatly necessitated by the fact that the devastating news of the suspension of COTRAD brought turmoil amongst its member hence the need for confidence building and sensitization. The COTRAD suspension which received local, regional and international condemnation was terminated by High Court Judge Justice Matanda-Moyo on 20 March 2019. 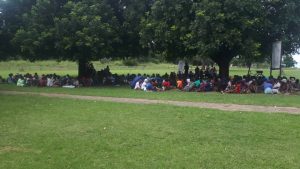 During the campaign COTRAD vehemently emphasized the need to remain focused and its willingness to work with stakeholders including heads of government departments, traditional leaders and elected official. COTRAD also declared to continue working for the common good by capacitating youth across political, religious and economic diversities including youth from the rural and remote areas with knowledge on representative, legislative and oversight roles of councilors and members of parliament as well as proffer skills to monitor and demand transparency and accountability from these public officials.

COTRAD shall continue providing youth oriented and female friendly nonpolitical interface platforms where young people engage the public officials including heads of government departments, traditional leaders and elected officials most of whom never consult nor give feedback to the electorate once elected into office (COTRAD Survey 2018).  COTRAD vision remains to see a democratic society with youth inclusion and participation.