CHIMANIMANI, ZIMBABWE — The Zimbabwean government says it is appealing to the international community for help with medicine, food and infrastructure, as victims of Cyclone Idai push for expedited aid. 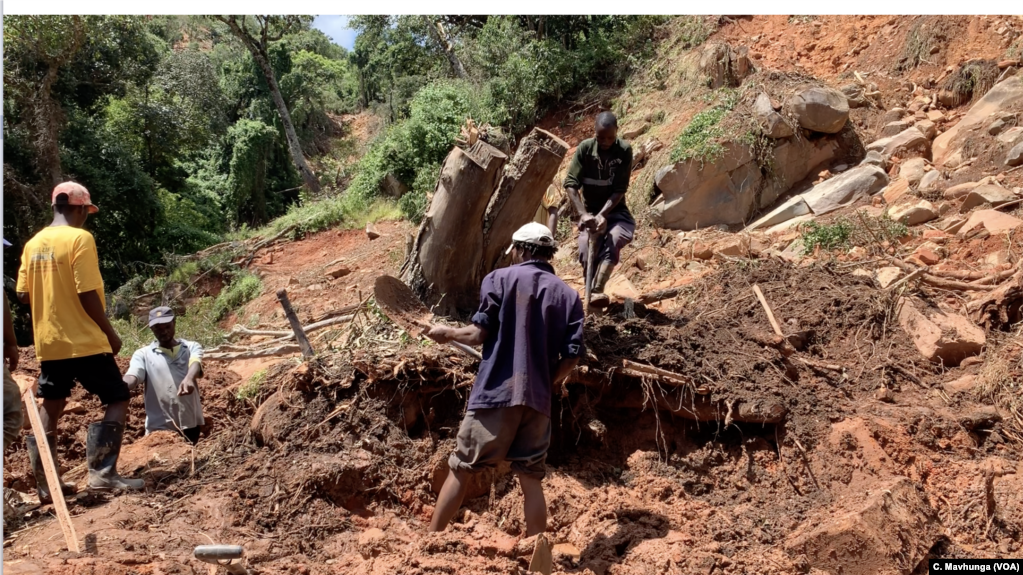 Better Mungana’s father died and his cousin went missing when the cyclone hit Zimbabwe, Malawi and Mozambique last week. Mungana, of the hard-hit city of Chimanimani, wants President Emmerson Mnangagwa’s government to assist him and his family.

“Since Cyclone Idai, we are struggling to have food, our clothes were washed away, so we are wondering what to do,” he said. “The government promised to assist us with shelter, but it seems that help will come even to those who never lost anything. I lost my father, we are still looking for my cousin. It is painful. We have no shelter and no food.”

The body was recovered and buried late Friday, but food and shelter remain scarce.

It is the same for the Dube-Magoso family about 500 meters away. Their 83-year-old father died when their house collapsed during the cyclone; their mother escaped, but suffered several injuries.

Their son, Musavengana Dube Magoso, says they want the Zimbabwe government chip in.

“The government must look for a better place to resettle us so that we can get some income to ensure the remaining get some source of livelihood,” he said. “So far, we have no food — all we have planted to get food was washed away by the rains. We have been reduced to zero.”

Emergency workers have described the flooding after Cyclone Idai as the region’s most destructive in 20 years.

Zimbabwe’s government says it is having trouble keeping track of the death toll; it says the number is now “over 100.”

It also cannot meet the demand for medicine, food and other essentials.

Visiting the area, July Moyo, Zimbabwe’s minister of local government, says the international community can assist in the areas of need.

“The commanders are telling me that they are retrieving people being buried everywhere,” July said. “We understand that some of them were swept away into Mozambique. We will be checking to see what we can do to retrieve those. We are dropping medicines so that we do not have more [people] dying. We have moved food that is in Mutare [the region’s biggest city] to forward places so that we can start moving along roads that are now passable.”

Mnangagwa has declared Saturday and Sunday days of mourning for the victims of Cyclone Idai.