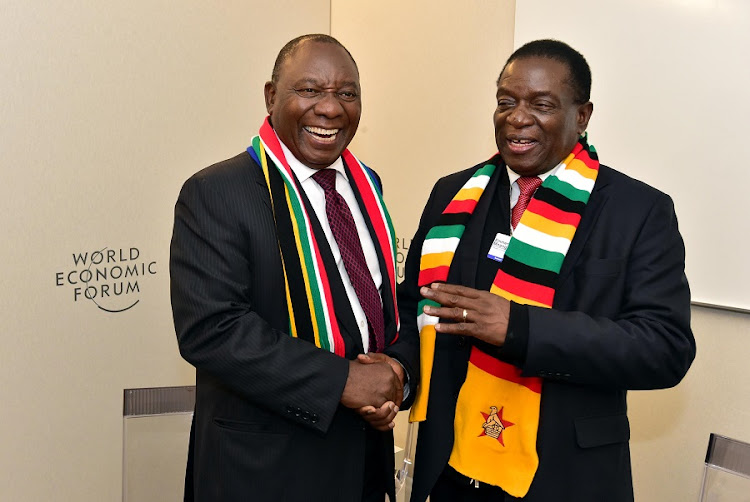 Oh dear. Mr Ramaphoria is not pleased that US sanctions on 141 corrupt, thieving and murdering Zimbabwean politicians, individuals and companies have been renewed for another year; sanctions that were first instituted by President Barack Obama and that, by the way, do not include humanitarian aid, of which the US has provided much and continues to do so.

Zimbabwe is still controlled by a multimillionaire elite who have captured everything there is to capture and who continue to follow a path of unrivalled peculation. The same corrupt and thieving Zanu-PF thugs who carried out Robert Mugabe’s policies for the last 40 years are still in power.

Zimbabwe as a country has collapsed as a result, and the thieves in power have come to SA with their begging bowls in hand. Providing assistance to the Emmerson Mnangagwa regime is akin to the apartheid regime supporting Rhodesia in the ’70s.

Instead of SA taxpayers paying for soft loans that we know will never be repaid and providing cheap electricity to Zimbabwe, why not insist that all Zimbabweans living abroad are allowed to vote — a basic right of every South African?

However, the ANC and Zanu-PF leaders understand that this will result in a landslide victory for the opposition Movement for Democratic Change. Lifting sanctions won’t make an iota of difference except to benefit the current Zanu-PF thieves. We need one man one vote, wherever you may be living. Regime change is the only hope for Zimbabwe.