HIGH Court Judge Justice Loice Matanda-Moyo on Wednesday 20 March 2019 outlawed the ban of a local non-governmental organisation (NGO) whose operations had been suspended by a government official. 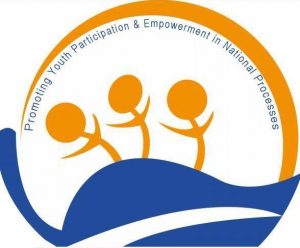 Government had on Monday 11 March 2019 suspended the operations of Community Tolerance Reconciliation and Development Trust (COTRAD), a local NGO pending an investigation into its registration status. In a letter written to COTRAD, Masvingo District Administrator (DA) instructed COTRAD not to carry out any activities “of any kind” in the jurisdiction of Masvingo district pending an investigation into the registration and approval issues of the organisation by the DA’s office.

But Justice Matanda-Moyo on Wednesday 20 March 2019 overturned the ban of COTRAD operations in Masvingo after she granted an order setting aside the decision by Masvingo DA to suspend the local NGO’s operations and declared the DA’s decision as null and void and of no force and effect whatsoever.

Justice Matanda-Moyo also ruled that the DA is not empowered by any law to suspend or stop COTRAD operations and ordered the DA to pay costs of the application on a legal practitioner and client scale.

COTRAD’s relief came after Denford Halimani of Zimbabwe Lawyers for Human Rights (ZLHR) filed an urgent chamber application in the High Court challenging the DA’s decision to outlaw the NGO’s operations and seeking an order to be allowed to resume full operations in Masvingo without any interference.

In the application, Halimani argued that the District Administrator is not empowered by any law to suspend or stop COTRAD’s operations as it is not registered as a Private Voluntary Organistaion but as a Trust, created by a Notarial Deed of Donation and Trust, which is registered at the Deeds Registry.

Halimani argued that the order compelling COTRAD, which has been operating in Masvingo province for the past six years, to cease operations had left 5 000 underprivileged people prejudiced and without recourse including the organisation’s eight employees.