Cut off from much of the country, residents in Chimanimani have become first responders, offering food, shelter, and transport to others. 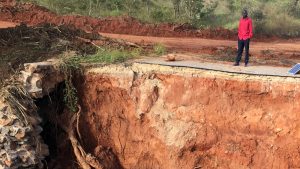 Cyclone Idai washed away roads in Zimbabwe’s Chimanimani district, cutting the area off from much of the country and forcing residents to band together.

The day before Cyclone Idai struck, Mandla Mataure, general manager of Chimanimani Hotel, was getting ready for a trip to the capital, Harare. The storm cancelled those plans – washing away roads and bridges, downing power lines, and effectively cutting his resort town off from the rest of Zimbabwe.

The next morning, when Mataure looked out of the window at his hotel facing the foot of the eastern Chimanimani mountain range, he saw scores of people walking with their children and belongings as the rains continued to pour.

What he did next defines the self-help spirit that has marked the country’s response to the 15 March cyclone – the worst natural disaster Zimbabwe has faced in recent times. He and his staff opened the hotel to help survivors, settling some 500 people in the conference rooms and lounge. More than 100 are still there.

“I told myself, these people have survived a devastating storm, and I couldn’t bear the thought of them dying of pneumonia or hunger,” Mataure said. “Moreover, they clearly had nowhere else to go. I had to do what I could.”

Cyclone Idai has claimed 344 lives in Zimbabwe, with 300 people still missing and more than 100,000 displaced. The storm has also added to the country’s long-running economic difficulties. Nearly 5.3 million people – more than half the population – are estimated to be in need of humanitarian assistance as a result of drought and skyrocketing inflation. There have been crippling fuel shortages, and earlier this year petrol prices jumped by more than 150 percent.

Cut off from aid

Chimanimani’s infrastructure was especially badly damaged by Cyclone Idai. A large section of the highway was washed away and heaps of rocks now block other parts of the road. Whole communities are still cut off from life-saving medications because many roads are still impassable.

“It’s about people being human and wanting to help.”

Knowing most vehicles would be unable to tackle the roads after the storm, Kalvin Deare responded by rallying members of his “4×4 club”, a group of people with sports utility vehicles that were used to ferry medicine, food, clothes, and nine doctors to the region.

“It’s about people being human and wanting to help,” he said.

Back at the hotel, Mataure didn’t know how he was going to feed the extra guests. 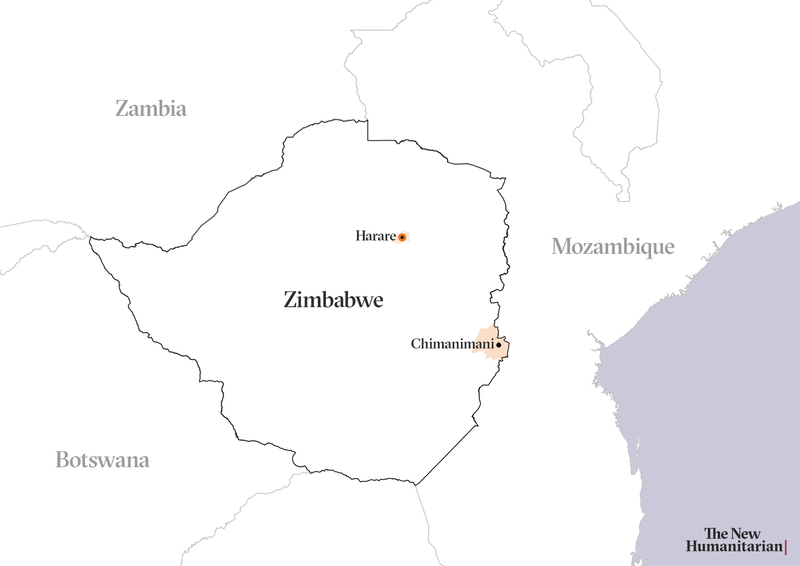 And so it went on. With only a few helicopters available to the relief effort and roads made impassable by boulders, felled trees, and diverted streams, the community in Chimanimani and other eastern districts became the first responders, searching for survivors and caring for the affected as best they could.

Shadreck Pondo’s three-year-old twins – a boy and a girl – were quickly found trapped in the mud behind their house alive. “I was carrying my children when the roof of the house collapsed on us, and the next thing I know I was battling for my life as muddy waters took me away,” he said.

They later recovered the bodies of his wife and teenage son. Local carpenters made their coffins for free, along with many of the other 169 people in Chimanimani estimated to have died.

‘The authorities neglected us’

The outpouring of support, however, has been accompanied by criticism of the government’s response. The government has released $100 million for relief and infrastructure rehabilitation. Chimanimani residents, however, think the government should have been better prepared.

“Since there was a warning that the tropical cyclone was coming, we expected the Civil Protection Unit on the ground in the event it gets out of hand, as it did, and help people. But instead it was Chimanimani on its own helping itself out,” said Pondo, the local businessman.

“They must come to us and tell us what they are planning, putting cards on the table so we can decide on what course to take as a community.”

“The authorities neglected us, as they should have evacuated people to safer places,” added Innocent Chidambazina, a motor vehicle spare parts trader in the town. “Help was a bit late.”

There is an additional criticism. Now government agencies and mainstream NGOs have arrived, the local community is being pushed to the sidelines, with the civic spirit evident in the early days of the disaster ignored.

“They must come to us and tell us what they are planning, putting cards on the table so we can decide on what course to take as a community.” 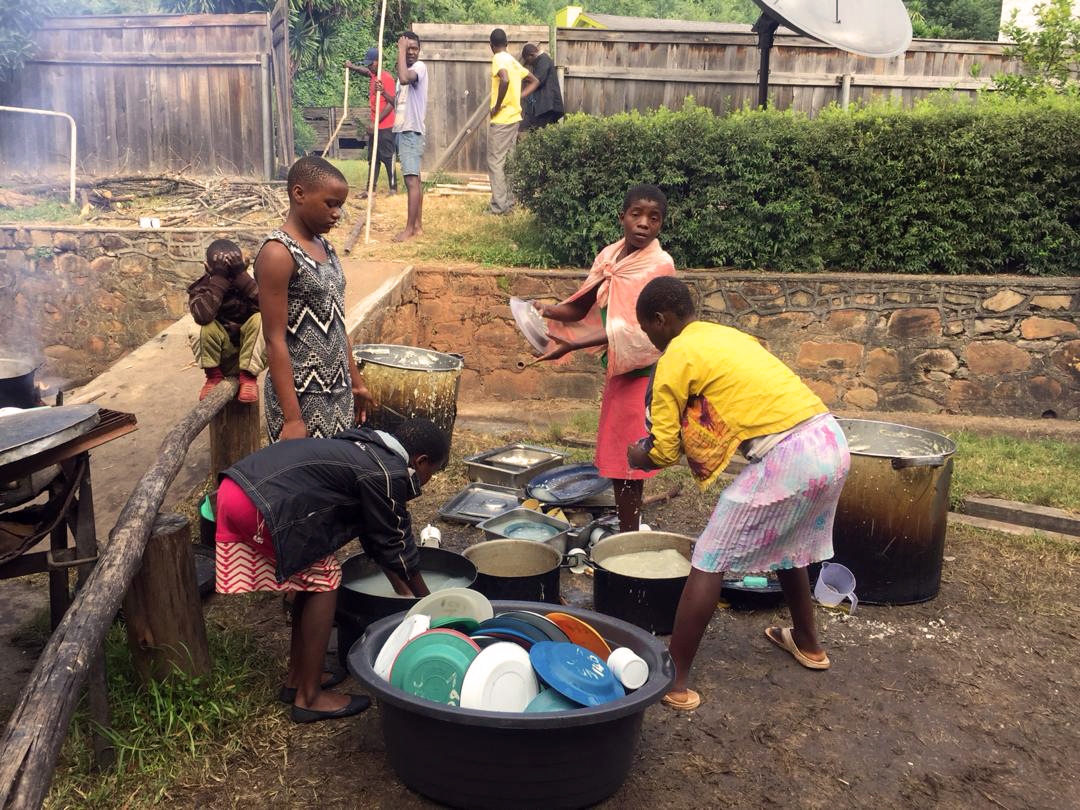 Sally Nyakanyanga/TNH
Young girls staying at the Chimanimani Hotel doing the dishes. The hotel provided shelter for more than 500 people after the storm.

Help from home and abroad

Zimbabweans of all races and religions have come together in response to Idai, which also battered Malawi and Mozambique. More than 1,000 people have died in the region, including at least seven recent deaths from cholera. In Mozambique alone, there have been nearly more than 4,000 cases of the disease.

Diaspora Zimbabweans have also been involved. Freeman Chari, a Zimbabwean refugee in Bethel, Ohio, started a Zimbabwe Cyclone Relief GoFundMe on 16 March and has raised more than $100,000.

Ebrahim Hassan, an Islamic Cultural Institute member, also pitched in to organise donations for storm victims in the east.

“We must give back to our community and support our brothers and sisters who have suffered the effects of the tropical cyclone,” said Hassan.

The Presbyterian church in the affluent Harare suburb of Highlands has become one of the hubs of this charitable giving. Inside, volunteers sort through the piles of donated items – typically clothes, shoes, food, and medical supplies.

Among the volunteers, 87-year-old Rita Mills explained her motivation: “I have the time, so why can’t I do something to help people who are in need.”