The MDC has received a number of concerns raised by the public pertaining results of a By-Election held in Cowdry Park over the weekend. 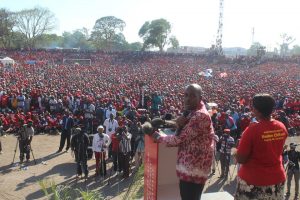 One of the major issues raised was that a loss of a seat in traditional MDC territory is unacceptable and that there must be no excuses about it.

The party agrees that there are lessons to be learnt and we assure the public that the elections directorate is compiling the observations made and working on a plan to correct all the mistakes that the party made.

We also accept the concern on the fielding of double candidates and appreciate that it created confusion. However, the party would like to assure its supporters that it will not happen again.

The congress will among other things discuss and strengthen disciplinary mechanisms as well as a holistic renewal of internal cohesion.

We, however, want to highlight that the times in which candidate selection was taking place also came with a hostile environment in respect of which targeted violence was being perpetrated on those mandated by the party to handle internal elections.

Some of them had their homes invaded while others were arrested.

In fact, one of the venues of the primary elections was raided by the police disrupting the process.

This resulted in challenges around candidate selection.

The party will, however, do more to motivate the social base to defend our zones of autonomy because the figures reflect high levels of apathy, our supporters must be assured that solutions are being sought in this respect.