Zimbabwe has hired Avenue Global Strategies to a $1.1M one-year contract, which went into effect April 5, to foster better relations with the US. 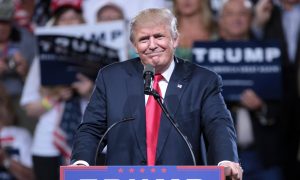 Barry Bennett, who was a senior advisor to Donald Trump’s presidential campaign, helms and co-founded AGS. He joined Team Trump after working as presidential campaign manager for Ben Carson, now Dept. of Housing and Urban Development Secretary, and organizer of the 2012 Super PAC of Rick Perry, now Energy Secretary.

The firm’s job is to encourage a re-examination of Zimbabwe from the State Dept. with a view of “establishing the best possible bilateral relationship with the US and facilitating the restoration of Zimbabwe’s membership in the good standing with the community of nations.”

The Trump administration on March 6 extended economic sanctions imposed in 2003 against 100 officials and instituitons of the African nation for another year. That punishment stems from human rights abuses  commiited during the reign of Robert Mugabe, Zimbabwe’s longtime ruler.

Current president Emmerson Mnangagwa has been working to restore his country’s diplomatic standing.

His government announced April 14 a plan to partially compensate white farmers for land seized from them by Mugabe and redistributed to blacks.

The Voice of America reported April 16 that Mnangagwa’s government hopes that Zimbabwe’s “cold relations with the west with thaw and that the ailing economy will improve.”