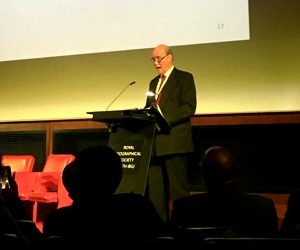 The two-day conference, titled Prosperity through Work, brought together a high-level governmental delegation from Zimbabwe, influential business leaders and investors from the United Kingdom, to deliberate and discuss investment opportunities in the southern African country and the measures it is putting in place to become a middle-income economy by 2030.

Outlining the key priorities it is focusing on to create a domestic political space that will strengthen its democracy, Special Advisor to the Minister of Foreign Affairs and International Trade, Ambassador Stuart Comberbach, reinforced the need for the country to create essential benchmarks that will drive socioeconomic development and key  investments that will put Zimbabwe on the map again. 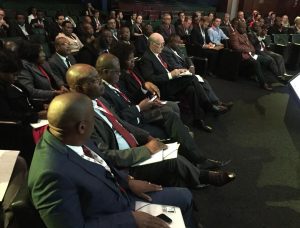 Over the last 14 months, since the political transition in Zimbabwe, CAS, in conjunction with the Zimbabwean government, has been having extensive discussions relating to political and economic reforms, and placing emphasis on sectors such as energy, mining and tourism that are seen as drivers and that will instil confidence add investment value and open up the economy to global partners.

In his opening address, Group Chief Executive Officer for CAS, Munyaradzi Majoni spoke of the ‘winds of change’ Zimbabwe is going through and that the focus of the conference was not to sell delegates a dream but to answer the hard questions and deliver the relevance of Zimbabwe to the world.

“Change is a long process. We are not here out of a mission of submission but one of conviction to drive political and economic reform that highlights why Africa, Zimbabwe in particular, is ready to take its rightful place in the business and international community.”

“The country is rich in minerals. From gold to platinum, and from lithium to chrome, this is our time to harness our mineral resource potential and drive our regeneration agenda that places us at the forefront of international relations.”

Majoni said that the government were listening to the cry for reform and have demonstrated their willingness to engage with the wider public to implement those changes.

“We understand that there are deep-seated issues that need to be addressed and that the process seems slow. However, as a direct result of last year’s Zimdaba conference, issues to do with the Special Economic Zones have been incorporated in the Reform Agenda.

This is a testament to the government’s openness to implement change but, the journey is far from over,” he added.

Riding on the success of the inaugural Zimdaba conference in 2018, the multi-sectoral organisation is continuing to attract interested parties who are keen to engage with Zimbabwe, and on-going conversations, in collaboration with the Zimbabwe Investment and Development Agency, (ZIDA), are taking place to establish investment opportunities that international companies can get involved in and that will contribute to the country’s growth.