This Situation Report is produced by OCHA Regional Office for Southern and Eastern Africa in collaboration with humanitarian partners. 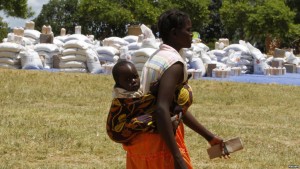 The Situation Report builds on Flash Updates No. 4 and provides more detailed information on the situation and response. It covers the period from 23 April to 30 April 2019. The next Situation Report will be issued on or around 07 May.

• The Mi8 helicopter completed 46 rotations, transporting a total of 89.7mt of relief items on behalf of 8 partners. Helicopter cargo operations were discontinued on 27 April as all districts are now accessible by road again.

• All previously inaccessible schools, except one, are now accessible. Pre-positioned materials ready for distribution include 88 Temporary Learning Spaces to ensure that girls and boys have access to safe learning spaces where classrooms have been damaged or destroyed.

• The first round of the Oral Cholera Vaccination (OCV) campaign ended on 27 April in Chimanimani and Chipinge districts, A total of 482 910 (102 per cent) individuals were vaccinated. A second round campaign is planned in June 2019.

• Acute Respiratory Infections (ARI) continue to be a priority as the most prevalent health condition with 1,501 cases reported in the last two weeks. This is likely to increase as the winter season approaches.

The humanitarian response to cyclone-affected districts in the eastern part of the country continues to gather pace as all wards are now accessible by road. Several clusters have completed in-depth assessments in all affected districts, providing a more refined analysis of the needs helping a more tailored humanitarian response in the short term. Further assessment will lay the foundation for the medium to long-term recovery plan, especially the re-settlement of displaced families.

The majority of those displaced are staying with host families and are expected to remain there until re-location or return is feasible. In the short-term the priority is to accommodate 500 families, currently residing in seven collective centres, and plans are at an advanced stage to prioritised the relocation of those families currently living in schools. Three sites are being prepared for serviced tented accommodation that meet international standards. The private sector is working with the with Government on the construction of some 500 new houses and the repair of a further 5,000 homes, which were damaged during the cyclone.

The HCT in Zimbabwe while focusing and prioritizing the humanitarian response to the Cyclone Idai affected areas, is becoming increasingly concerned about the food insecurity and the deteriorating economic situation as the below average rain performance and resulting poor harvest is progressively eroding copying capacity of the already vulnerable communities across the country