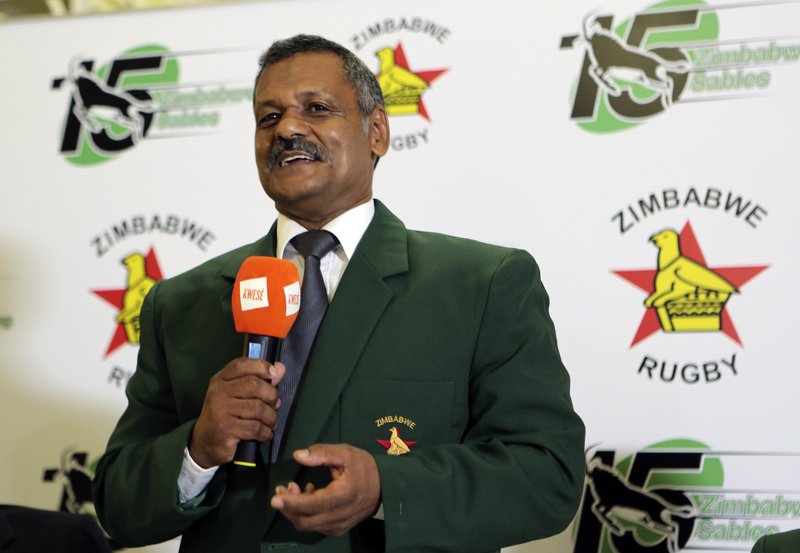 De Villiers was fired last month, according to internal ZRU documents, but has indicated he will appeal his dismissal in a labor court.

The documents spell out how De Villiers, who was South Africa’s coach from 2008-11, failed to return to work in Zimbabwe after a vacation last year. He was suspended and later fired following a disciplinary hearing.

De Villiers was hired by Zimbabwe on a two-year contract in February 2018 with the aim of getting the southern African country back to the Rugby World Cup for the first time since 1991. Not only did Zimbabwe fail to make this year’s World Cup in Japan, it was nearly relegated from Africa’s top-tier competition.

De Villiers’ time in charge of the Zimbabwe team was problematic. He also fell out with and then fired assistant coach Brendan Dawson, a former Zimbabwe captain, accusing him of undermining his authority.

The 61-year-old de Villiers was successful but also controversial during his time in charge of South Africa.

He led the Springboks to a series win over the British and Irish Lions and the Tri-Nations title in 2009 but attracted criticism for a series of provocative comments. He once accused the New Zealand team of cheating and defended one of his players accused of eye-gouging on the 2009 Lions tour by saying rugby was “a contact sport.”