In the past month, we have seen the ceremonies that are involved in the appointment of a new Emperor in Japan and a new King in Thailand. What a rigmarole! Apart from the religious angle – which I think is not to be taken seriously, I was fascinated at how much residual political power these two men have in their modern societies. 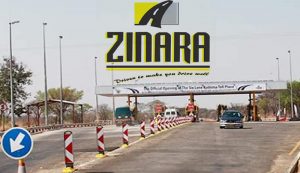 I have long admired the role of the American General, MacArthur, at the end of the Second World War when he ruled Japan and started to put it back on its feet. He deliberately and against a lot of advice, gave the Emperor dignity and space. He insisted that American troops get the same food rations as the Japanese and in so doing earned the respect and cooperation of the Japanese in the reconstruction process. To a very large extent modern Japan – now one of the biggest economic players in the World, is the product of his post-war leadership.

Mulling over the complete shambles here, I pondered what I would do if I held a role similar to the King and the Emperor in Zimbabwe. What issues would I take up with the democratic structures operating under my authority or dictate?

I think the first thing I would do is to fire everyone responsible for the present shambles in the fuel market. There really is no excuse for this – calling in the police and the army to supervise fuel queues is not a solution. There is absolutely no reason why fuel (as well as any other essential commodity) should not be in free supply.

In February 2009 we lifted all restrictions on trade and finance – in 15 minutes we became the freest economy in Africa. After 8 years of severe shortages of fuel, during which we had to buy fuel from the informal sector or our neighbours, not a single fuel filling station had any fuel in the country, in 10 day’s fuel was in free supply at a world market-related price. How did that happen? Who waved the magic wand? The answer, nobody, we just allowed the market to take over, allocate a scarce resource (foreign exchange) and get the product into the market. Simple.

The solution today is just the same – take the Reserve Bank out of the market for foreign exchange altogether, allow the market to source and supply the local demand at a market established price – no dictates on price from ZERA and I can assure you, fuel queues would vanish in 48 hours. We would pay more, but the process of price formulation would be transparent and highly competitive. What we have now is totally corrupt, massively expensive and unable to meet demand – sometimes deliberately, to force the authorities to allocate scarce foreign exchange at a subsidised price. Fuel scarcity is the consequence and it is totally destructive, bring it into free supply and people will sort out their own priorities.

Energy is so important in any economy – in our economy, it is the key to current activity and future growth. I find it incomprehensible that our regional energy market for electricity is in such a mess. Here we have load shedding again – on a very serious scale. South Africa has load shedding and all regional States cannot guarantee an investor that they will get electrical power at market prices on a consistent basis. In some African States, electricity is only available to a minority and even then on a limited basis.

Here our electrical energy system is plagued by incompetence and corruption and poor long term planning. We have not built a new power station since Independence – is that not shocking? We install, at great expense, two new turbines at Kariba raising total power generation capacity to 2000 megawatts when a 100 years of records show that the river can only sustain 1200 megawatts and the original installed capacity was above this level. As a result, Kariba has only spilled 4 times since it was completed in 1958. The consequence, at the very start of winter and peak demand we have had to cut power generation at the Dam by 50 per cent to conserve water and the new capacity stands idle. Is no one watching these things?

We have a private sector group who want to build a new power station on the banks of the Kariba Dam using local coal deposits for energy. They have been ready for 4 years – funding secured, technology set and design ready with offtake agreements with all regional States at a very competitive price and no action from Government. If I were King, I would order the Government to approve this investment and give the investors everything they wanted. In two years we would have sufficient power to meet the shortfall here and in another 6 years, we would be host to one of the largest independent power stations in the region and it would be exporting power to regional States. No State funding required.

When the Government of the Federation decided to build Kariba Dam nearly the whole world said it was too big, too ambitious. But just look at the marvellous record – 60 years of uninterrupted, clean, sustainable energy at the lowest price in the world. Paid for and now, except for the new Chinese loans, debt free. We can put in Batoka Gorge and Zambia and Zimbabwe should get on with it, what about low profile river flow barrages on the Zambezi river to generate electricity – the potential is enormous. What about Mozambique gas as a source of electrical energy – where is the vision and long term planning? I do not believe funding would be a problem. Yet we suffer in the darkness or run generators at three times the cost of commercial energy and using imported diesel.

The next thing I would do would be to dissolve ZINARA, sell its assets and prosecute past and present management for corruption. I would replace it with a small office responsible for collecting all revenues related to roads and then simply allocate the funds to the individual local authorities responsible for road maintenance. Every report on Zinara by the Auditor General in the past 5 years has identified massive corruption and incompetence. Contacts awarded on a cost-plus basis and even worse. Graders with snow ploughs which no longer work. It must stop, and stop now!

My list is several pages long and would require a great deal of work and implementation – but perhaps the next priority I would instruct my Government to do, would be to relook at the Constitution and take Party politics out of local Government. Let’s go back to separate elections to local authorities but ban political parties from contesting – leave it to Communities to put up candidates as independents.

This was the system in the past and it produced local authorities made up of professionals, accountants and engineers who worked as Councillors, not because they needed a job but because they wanted to live in a decent environment with good Municipal or Rural District Council Services. The present system is just not delivering, all our Councils are corrupt, self-seeking and centres of political conflict and competition that has little or nothing to do with service delivery.

The state of our local authorities is disastrous – waste management, water supplies, public health services, roads that are almost unusable and housing policies that are allowing people to build decent homes without any services of any kind and without tenure. Public transport is a shambles and without the Kombi’s, would paralyse our cities. These problems cannot be solved by Central Government or the present Councils made up of people elected on a Party basis.