As Africa commemorates Africa day this 25th May 2019, Matabeleland Collective mourn the passing of an architect and hero of liberation movements of Zimbabwe and also motivating for the Independence struggles of South Africa, Angola and Namibia. 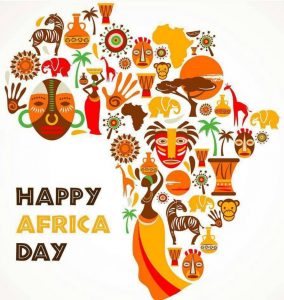 Doctor Dumiso Dabengwa passed away after a long fight for equality, justice and for respect for democratic principles and especially demanding devolution of power.

Memorably Dabengwa played a key role in joint campaigns with Umkhonto weSizwe and Zimbabwe People’s Revolutionary Army (ZPRA). Specifically he formulated the military strategy behind the  Wankie Campaign of 1967 and the Battle of Sipholilo where Umkhonto weSizwe commanders such as Chris Hani and Joe Modise took part. This demonstrates his stature as a pan African liberator. Despite his unquestioned commitment to liberation of Zimbabwe he direct persecution being unlawfully detained pre and post independence but never became bitter but maintained a measured, magnanimous and stature.

Dabengwa was the founding Chairman for Matabeleland Zambezi Water Project, and formed the Matabeleland Zambezi Water Trust (MZWT) with late Sydney Malunga then chairman of Matabeleland Action Group (MAG). The construction of the Gwayi Shangani Dam was implemented by MZWT under his leadership. His vision for creation of a green belt along the proposed pipeline route combined with rural development funded by abundant natural resources is still awaited.

Matabeleland Collective sends their sincere condolences to the Dabengwa family the people of Matabeleland and the nation at large. You have lost a selfless, measured parent, a unifier and peace maker. Dabengwa was always willing to meet with the Collective leadership and was kept up to date on progress as a key victim of the Gukurahundi era.
Dr. Dumiso Dabengwa is a man whose credentials speak for themselves as he spend a lifetime dedicated to struggle he took up at a very young age. Very few can stand in judgement on his contribution and therefore they should instead concentrate their efforts in ensuring his deeds be truthfully captured in the annuls of our history. Matabeleland Collective therefore call on the Government of Zimbabwe to honour his lifetime asks

1. That the truth be told about Gukurahundi and amends be made to all victims.

3. That devolution of power he campaigned for must be respectfully and thoroughly implemented
To do these three items will be to recognise his status as a true hero of our fight for full and unfettered freedom. May his soul rest in peace.