Chimurenga musician Thomas Mapfumo and Zimdancehall star, Winky D will headline a top line-up of performers at Zimfest Live when it returns in August, it has been announced. 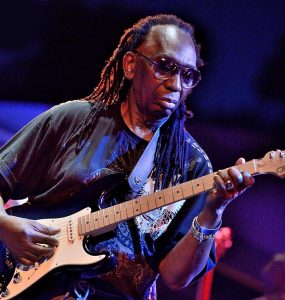 ExQ, DJ Tamuka and Tsungai Tsikirai are among the list of artists who will also grace the stage at the annual family-friendly music festival scheduled for 3 August 2019 at Colesdale Farm outside of London. More acts will be announced in due course.

Mapfumo, who has earned international recognition for his music, has gained popularity as the leading chimurenga musician, particularly through his band’s adaptation of the mbira and his hardhitting songs.
Winky D, also known as ‘Gafa’ has been on the scene for over a decade and released several hit songs, including his latest single Mugarden, featuring South African based songstress Gemma Griffiths.
The track and music video, which chronicles the popular story in the bible of Adam and Eve, was released on Valentine&#39;s Day and has received rave reviews. It also made it to number 1 on the Afrobeats charts on KISS.

A representative from Redcliff Management, said, “Zimfest Live, has, over the years, continued to offer a diverse and eclectic mix of performers to cater for everyone.
Our aim is to offer an all-encompassing experience where friends and family can create long-lasting memories.” 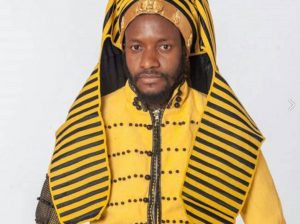 “We are honoured that Thomas Mapfumo will be part of a festival that embodies the true essence of togetherness, music, art, culture and a rich history. He is a truly iconic musician who continues to shape the music narrative and whose performances always leave us both mesmerised and inspired.
Similarly, we are excited to have Winky D on board for this year&#39;s summer fiesta. He is an exceptional musician and seasoned performer who always leaves crowds wanting more,” they added.
The highly anticipated southern African music and arts festival will include two DJ dance arena&#39;s, arts and crafts stalls, a kids zone where children will have numerous activities such as face painting, thrilling rides and a bouncy castle. There will also be a variety of food stalls serving the best of southern African cuisine.

Meanwhile, tickets are on sale. Super early bird tickets are sold out but the early bird offer is available for £30. VIP tickets are £80 and will grant VIP holders exclusive access to the main stage area. They can be purchased exclusively from zimfestlive.com.

The organisers have announced that they are introducing a shuttle service to give festival- goers an easier and accessible service to the venue. Buses will be available from London, London Euston, Slough, Birmingham, Luton, Bedford, Manchester, Wolverhampton, Leicester, Sheffield, Northampton, Cardiff Central. To name a few. Tickets are now available online and price includes a return ticket to the original pickup point.

The event is being sponsored by money remittance company, Express Links International Limited. The company offers a reliable, safe and secure 24/7 online money transfer service from the UK to a number of African countries.

Situated in Northaw village, just outside London, Colesdale farm 55-arce setting provides a scenic backdrop to the farm and sits on the borders of the boroughs of Enfield and Barnet, with very easy access to both the M25 and direct trains into the capital and has hosted numerous festivals and fundays over the years.

For more information about bus locations and pickup points or to book a stall to market your brand, or products visit www.zimfestlive.com or email [email protected]