Zimbabwe’s economy is almost reaching a boiling point. The  country is facing a serious economic crisis that has brought headaches and no joy to Mnangagwa’s new dispensation. Since taking over from Mugabe after a military coup of November 2017, Mnangagwa has been struggling to change the fortunes of the troubled Southern African country. 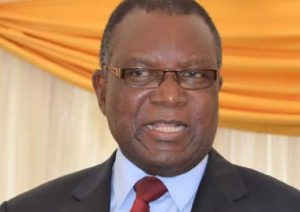 The worsening economic crisis, a hybrid of massive fuel shortages, electricity blackouts, low industrial capacity utilization,  rising inflation and cost of living and massive corruption point to a bleak future for Zimbabwe.  The fuel and electricity crisis are escalating daily with no seeming solution from the policy authorities. There has been a change of guard in the energy Ministry where Jorum Gumbo, one of Mnangagwa’s blue-eyed boys from the Midlands Province, was replaced by Fortune Chasi.  Many Zimbabweans, particularly, the active ones on social media have welcomed the appointment of Fortune Chasi as energy Minister. However, the question is whether Chasi can ride the tiger and not end up in its tummy. Zimbabwe’s fuel industry has been run by a dangerous cartel with strong military-party -state links. Stopping the arbitrage is the herculean task that faces Chasi and only time will tell if he will victor.

The Zimbabwe pseudo-currency Bond Note also commonly referred to as RTGS (Real Time Gross Settlement System) exchange rate has been tumbling against the US Dollar. This has  triggered a new spate of price increases, and impacting heavily on the meagre salaries of the working class. This has become so dire for the average worker and for instance, civil servants earnings have been eroded by inflation to a meagre US$80 a month in comparison to before 2016, where they used to earn an average of US$4-500 a month. What an insult! The majority of Zimbabweans continue to  suffer as their meagre RTGS salaries are being swept away with the return of hyperinflation. On the other hand, Mthuli Ncube’s austerity obsession and penchant for free market economics has totally failed.

It is quite clear that President Mnangagwa and his government have failed to resolve the political and economic crisis the country is facing. His government needs to reflect seriously on the promises that they made to Zimbabweans. In the events leading to “Operation Restore Legacy” Vice President and then Commander of the Zimbabwe Defence Forces had this to say:

Zimbabwe’s history is hinged on the ideals of the revolution dating back to the First Chimurenga where thousands of people perished…the Second Chimurenga for our independence; the struggle that caused the loss of over 50 000 lives of our people; the struggle in which many Zimbabweans, in one way or the other, sacrificed and contributed immensely for our liberation. Many of these gallant fighters still live on with the spirited hope of seeing a prosperous Zimbabwe, but also the hope of leaving behind inheritance and legacy for posterity.

Zimbabwe recently celebrated 39 years of independence and the question that begs is to what extend does the lived realities of Zimbabweans portray a prosperous Zimbabwe? This is by no means an easy question, which can be solved by a single entity but requires the collective. It is a time for the return to inclusive politics and have genuine national dialogue of all critical stakeholders to chat a way forward for Zimbabwe. Mr. Mnangagwa’s Political Actors Dialogue is a step in the right direction but lacks sincerity. Having dialogue with a grouping of losing presidential candidates is an insult to the intelligence of the millions of Zimbabweans who voted in last year’s election. From the looks of things, it seems there’s no political will from ED, the so-called dialogue process has become a joke, with some of the participants posting selfies whilst inside hotel rooms, boasting that they are enjoying state resources. Mr. Mnangagwa needs dialogue with the MDC Alliance, his main protagonists and the aggrieved party.

This issue of the Zimbabwe Briefing takes a reflection on Zimbabwe’s 39 years of independence. It problematises the question of the economy and the malfeasance that continue to haunt it. It assesses attempts at reform by the new dispensation and outlines what possible models the country may take to address the political and economic log jam and move forward.