A group of suspected security agents besieged the Crisis in Zimbabwe Coalition Chairperson, Mr. Rashid Mahiya’s residence at around 5AM. 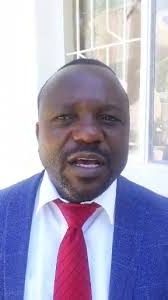 The men spent 30 minutes knocking violently at his door and refused to identify themselves. Mahiya was arrested in February following the January 2019 clampdown by the state on civil society and labour. He is out on bail and expected to appear in court on the 26thJune 2019. The recent attack on Mahiya and his family raises suspicions of an escalation in the clampdown on CSOs as the state alleges that civil society and opposition parties are mooting a coup.

Recently the state arrested seven civil society leaders at the Robert Mugabe International Airport and charged them with subversion. The High Court is set to pass judgement on their bail application on Friday 7 June 2019 at the High Court in Harare (Court F). Increasingly civil society and the international community have voiced their concern over the shrinking democratic space in Zimbabwe.