South African country Botswana has legalised elephant hunting and Zimbabwe are ready to sell excess elephants to keep their population in check. 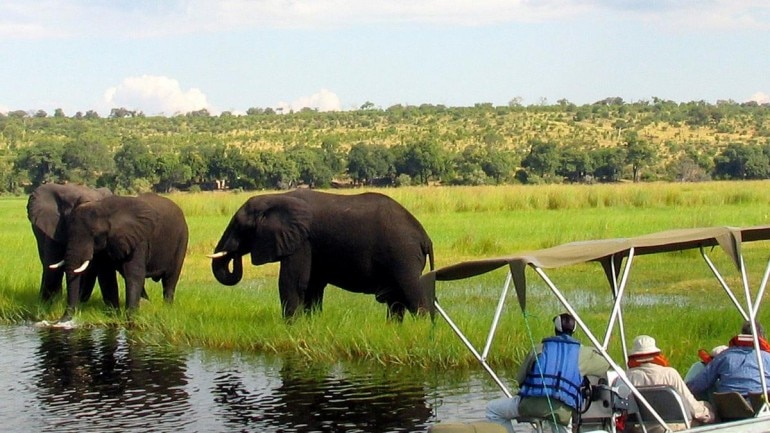 Ever heard of something like too many elephants? No? People of Botswana and Zimbabwe know exactly what we are talking about. The two countries of South Africa don’t just share a border, they also share the same problem. Too many elephants.

Yes, that is correct.

Botswana houses over 1,35,000 elephants. These elephants who roam freely on the lands of the country now are unaware that their future might be in danger.

The Ministry of Environment, Natural Resources Conservation and Tourism released an official statement in which they said, “Government of Botswana has taken a decision to lift the hunting suspension.” The reasons that they gave for this harsh decision were, “1) The number and high levels of human-elephant conflict and the consequent impact on livelihoods was increasing.
2) Predators appear to have increased and were causing a lot of damage as they kill livestock in large numbers.
3) There is a negative impact of the hunting suspension on livelihoods, particularly for community-based organisations that were previously benefiting from consumptive utilisation.
4) The lack of capacity within the Department of Wildlife and National Parks leads to long response time to problem animal control reports.
5) The general consensus from those consulted was that the hunting ban should be lifted.”

This is not the first time, Zimbabwe has previously made approximately 2.7 million dollars by selling elephants to China and the United Arab Emirates.

These decisions have divided the internet into two polar opposite groups. One group that is absolutely against the decision and the other one that comprises of the people who stay in these countries and are totally pro the steps being taken.

Even the famous Ellen tweeted about the same.

President Masisi, for every person who wants to kill elephants, there are millions who want them protected. We’re watching. #BeKindToElephants @OfficialMasisi https://twitter.com/yashar/status/1131267639765086208 …

4. BREAKING: Botswana is lifting the ban on elephant hunting.

Many believe this is an attempt by President Masisi to curry favor with rural voters ahead of the elections later this year.

Elephants are being used as a political tool. #ProtectElephants 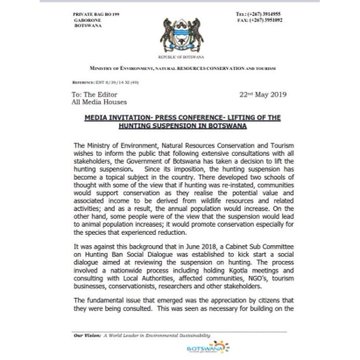 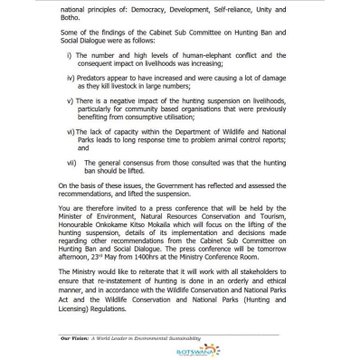 5,494 people are talking about this People who are against the hunting

I get it. People in Botswana are not safe anymore. But why not raise money worldwide and replace elephants to other countries/ areas where there is space. Maybe a stupid thought but there MUST be other solutions than killing them…

39 people are talking about this

There are a lot of people who are also supporting these decisions.

You conclude by making a veiled threat “we are watching”. Perhaps you need to come to Botswana and watch live how the the elephants are overly populated and causing havoc here

24 people are talking about this

Dear Ellen, for every human being killed by an elephant (they are over populated here), there are millions who want them protected. We love our people, we love our elephants and we know how to take care of both. Spare us your ignorance

55 people are talking about this

Hunting pays for anti-poaching efforts in the region. Botswana has made a principled decision that hunting is conservation and balances community needs with wildlife management.

111 people are talking about this
Post published in: Environment