We are now 9 months into the Transitional Stabilisation Program and a great deal has been achieved. Let’s summarize: 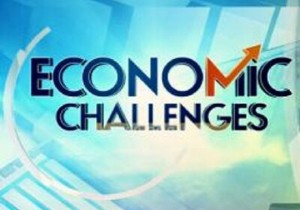 These are not small steps forward; they are giant strides taken in very difficult conditions. It is now recognized that our basic macroeconomic fundamentals are sound. Why then is the exchange rate running as if there is no tomorrow and the chaos in markets as people struggle to discover what price they should be charging for anything. Living standards have collapsed and the great majority of people cannot even afford the basics or get to work. Something is fundamentally wrong. The question is what?

Over the past 39 years of Independence, we have created a network of corrupt individuals and organisations that has involved the decision makers in Government and in many parts of the private sector and which has been able to syphon off from our economy perhaps as much as US$120 billion. The fact that we are still standing despite this massive drain on our resources and economic activity, is because the great majority of our people have retreated into the informal economy where they do not pay taxes and avoid scrutiny for what they are doing while they try to make a living. Even the IMF estimates that we are over 60 per cent informalised.

We have even invested names for them – “Queen Bee” (why not King Bee”?)” and called them “Cartels” because they work closely together to protect their activities and wealth. The evidence is all around us – massive houses that would be better located on Hollywood Boulevard. Rumors of expensive houses in all parts of the world involving people from the President down to relatively low ranking Civil Servants and people in the Security Forces. Yesterday I had breakfast with some friends and when I went out to collect my car, it was parked next to a top of the range Bentley – worth probably several hundred thousand dollars.

Young people drive around in expensive cars and exhibit an arrogance that can only come from wealth, privilege and protection. Flights to Dubai for shopping are fully booked each week. Yet we cannot pay our staff a living wage.

How do we deal with the malady – I would like to follow Jerry Rawlings example; when he took over in Ghana, he had the Police arrest 15 major and well known corrupt people, took them down to the beach and had them executed in front of a crowd of 15 000 people. The Chinese Government had an Official who was number 3 in the Politburo arrested in a Politburo meeting and three days later he was executed for a crime that we in poor, impoverished Zimbabwe, would regard as petty cash. Too harsh? Not at all when you understand how quickly corruption can become embedded in a society and cripple the real economy.

How do we put this right? Firstly, there has to be a commitment to eliminating the worst forms of corruption in our society from the very top. If the President and his Cabinet do not exhibit such a commitment in lifestyle and in practice, then little can be done except vote in the next election, if that means anything.

Secondly, we have to go after the wealth created by corrupt practices – a good example is the action taken at Zinara where an audit report has resulted in the State going after the assets of the CEO who cannot explain where it all came from. Go after the money, that was the advice to Africa by the Anti-Corruption Chief in Kenya. This will quickly send a message to key players and the exit gates at our airports will soon see some significant departures. Ask a number of former and current Cabinet Ministers where their wealth came from? Ask them in open Court in front of a senior Judge and the private sector players should not be excluded.

But the real answer, which would be fast and efficient with immediate benefits would be just reintroduce a real market economy – across the board.

For example, if we introduced a few simple rules to the Interbank Market for foreign currency and created a real, transparent, open market operated by the Banks under supervision and insisted that all foreign currency transactions in the formal sector go through that process, I can assure you that the market would establish itself as the determinant of the value of local currencies in all other currencies – just as it does in every other economy in the World.

The consequence, would be that the real market determined rate would fall rapidly to where it should be – 3 or 4 to 1 for the US dollar. Many people will laugh at that assertion – just as they did when I said at a Conference of our Accounting Profession where I said that the Bond Note was the strongest currency in the region. Even now it is trading freely at 5 to 1.

The economic fundamentals, do not in any way, support an exchange rate of 7 or 8 to 1. Last year when the Minister of Finance delinked the local currencies from the US dollar and exposed the myth that we were at 1 to 1, the result was a collapse to 7 to 1 with a quick recovery to 2,8 and 3 to 1. What is happening right now, in the absence of a real Interbank Market, which people can respect and trust, is that the majority of trades are behind closed doors among people who want the rate to run because they are making so much money from the process. Even the Banks are involved, exporters and the Diaspora love it because they are making money hand over fist. The only people who suffer are those who face the markets and must pay huge premiums on goods and services because no one knows where the exchange rate is going and everyone expects it to continue to climb.

So simple – we do not need an IMF bailout, we do not need a savior in the form of another Government who will give us hard currency which the thieves in our midst will simply steal, we just need a real open market, run properly. We could do that on Monday and on Tuesday we would be in a different country.

Then we need to open up the market for fuel and basic foods. Let anyone who wants to import and sell anything go to the Interbank Market, buy the foreign exchange they need and import fuel and sell it on the open market. The fuel and food markets are highly competitive and the resulting free markets, with a stable and real exchange rate, would quickly bring about free supply at real prices. Queues would vanish in a few days and the cartels would collapse.

Then the President himself, should call a National Indaba to decide what to do about wages and salaries so that our people can live again.