Transparency International condemns the Zimbabwean government's crackdown on civil society and calls for charges against seven activists arrested in May to be dropped immediately. 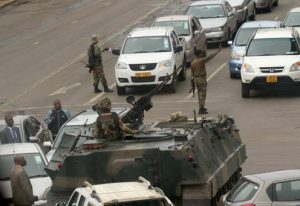 The seven pro-democracy civil society activists were arrested after attending a non-violent training in Maldives, which included sessions on strengthening civil society coalitions, engaging with the public, conducting advocacy and improving communications.

“This intimidation of civil society cannot stand,” said Delia Ferreira Rubio, chair of Transparency International. “Rather than arresting those who seek to play a role in their country’s future and demonising them as violent terrorists, the government of Zimbabwe should listen to the concerns and suggestions of activists and work with them to build a fair, prosperous and democratic Zimbabwe.”

After being denied bail, the activists remain in a maximum security prison, facing severe charges of seeking to instigate violent unrest to overthrow the Zimbabwean government and engage in acts of terror.

The arrested activists include Frank Mpahlo, an employee of Transparency International Zimbabwe, who attended the Maldives workshop in his private capacity during leave from his employment with the chapter.

The Maldives workshop was organised by the Centre for Applied Non Violent Action and Strategies (CANVAS), a Serbian NGO well-known for its promotion of non-violent methods for effectively pursuing democratic change.

“One of the biggest threats to Zimbabwe is corruption and the government must do more to arrest corrupt individuals threatening the stability of the country, rather than citizens exercising their rights,” said Paul Banoba, regional advisor for Africa at Transparency International. “Attending a workshop on peacebuilding and non-violence is not a crime, but a basic human right,” added Banoba.