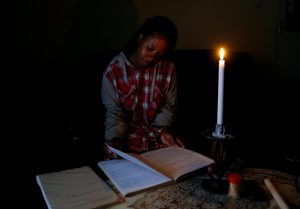 Zimbabwe still plans to engage with SA power utility Eskom in an effort to boost electricity imports despite the board of the Zimbabwe Electricity Supply Authority (Zesa) being fired last week for ‘incompetence’.

Zesa is the holding company of electricity distributor ZETDC and electricity generator ZPC.

The country wants to boost imports from South Africa which have been curtailed due to non-payment. But to do so it will need to first work out a payment plan for the estimated $33m it owes the SA power utility.

Chasi said board changes at Zesa will not stop plans to engage with Eskom.  “We still have an executive, there is a team that will go ahead and engage Eskom.”

He said a team was supposed to have gone to South Africa last week but had to delay following ministerial changes in SA’s government. In late May President Cyril Ramaphosa announced that the ministries of Energy and Mineral Resources would be merged, with Gwede Mantashe at the helm.

Chasi said the team has been instructed to negotiate a payment plan. Once a agreement had been reached, Zimbabwe hopes Eskom will boost exports to Zimbabwe by up to 400MW per day.

The supplies will be during off-peak periods and will allow Zimbabwe to shut off and conserve water at Kariba Dam.