The Crisis in Zimbabwe Coalition has launched its Citizen Transitional Dialogue and Mobilization Campaign with the express purpose of creating platforms for citizens to dialogue and discuss the collapse of the Social Contract. 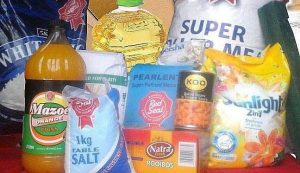 The community dialogue series seeks to strengthen citizen agency in driving the reform agenda in Zimbabwe and build national consensus among citizens on key political reforms and allow citizens to envision as the national crisis persists. The initiative is running under the theme: Save Zimbabwe and is targeting citizens who are ordinarily left out of national processes. At its inception, the campaign has reached out to Domboshawa, Epworth, Kuwadzana, Mutasa, Zvishavane and Plumtree. The campaign is informed by the following key developments:
o The abdication of the Social Contract by the state further impovereshing its citizens
o The neoliberal economic thrust, Austerity for Prosperity, which has further removed the limited scope of social protection for ordinary citizens and undermined inclusive economic growth
o The stalled political transition which has seen an increase in rights violations, shrinking democratic space and a regression of the limited scope of democratic gains.
The campaign will see the Coalition focusing on the unpacking to citizens and civil society the human effects of a neoliberal economic policy and mobilising the ordinary citizens, social movements and civil society to advocate for a social market order that protects the interests of both the citizens and capital  while emphasizing on the need for a broader, inclusive national dialogue.
a. Advocating for Social Protection as a government policy and budget and legilsative priority area
b. Amplifying the rights and governance crisis from the local community to the national level with a view of mobilising such communities to:
i. Closely monitor the situation in Zimbabwe
ii. Implore the Government of Zimbabwe to restore the Social Contract  through an array of reforms on the governance and economic front.
iii. Advocate for a broader and inclusive national dialogue that focuses on agreed legislative and practical reforms to the economy, social and political governance.
iv. The decriminalisation of human rights work and opening up of democratic space.

By creating and strengthening a Citizens Movement in Zimbabwe, the campaign taps into the citizens energies, creating a citizens led phenomenon and ensures that the citizen is at the forefront of demanding inclusive political reforms and economic growth from the State. The campaign builds on the historical role of the citizen as instrumetal in the subsequent abandonment in 2000 of the Economic Structural Adjustment Programme of the 1990s, the political dialogue of 2007 – 2009 and the 2013 Constitution.