The MDC would like to congratulate its Vice President Lynette Karenyi for landing a top international post. 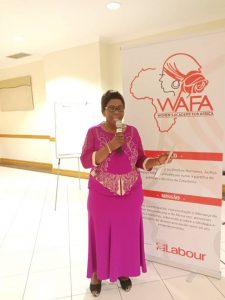 It is hoped that the elevation of Hon. Karenyi will help the MDC enhance its regional presence across Africa. Hon. Karenyi was over the weekend elected as the Women’s Academy for Africa (WAFA) Deputy Treasurer General.

The elections were held at the end of the WAFA Training of Trainers workshop that was held at Maputo in Mozambique.