Harare (AFP) – Blessing Chingwaru could barely walk without support when he arrived at the specialist Rutsanana clinic in Harare complaining of chest pains and fatigue.

Weighing a skeletal 37 kilogrammes (82 pounds), the HIV-positive motor mechanic knew something was wrong.

He was immediately given a number of tests and told the bad news: He was also suffering from advanced-stage tuberculosis. Dual infection by HIV and TB is a notorious killer.

“My health was deteriorating and I kept wondering why,” Chingwaru, 29, recalled at the clinic.

Within hours of the diagnosis, Chingwaru was given free treatment and nursing care.

In a country where more than a dozen people die each day from TB-related sicknesses, it was a rare example of efficient public healthcare.

The Rutsanana Polyclinic in Harare’s poor suburb of Glen Norah, which Chingwaru visited, is one of 10 pilot clinics in the country offering free diagnosis and treatment for TB, diabetes and HIV.

The clinic, which opened in 2016, is staffed by 24 nurses and currently treats 120 TB patients.

Among the million-plus people living with HIV in Zimbabwe, TB is the most common cause of death, according to the World Health Organization (WHO).

HIV-positive people, and others with weakened immune systems, are particularly vulnerable to contracting the infection.

After Chingwaru’s initial visit in February, doctors had feared for his life.

“Everything I need, I get here,” said Chingwaru, forming fists with both hands to show off his regained strength. 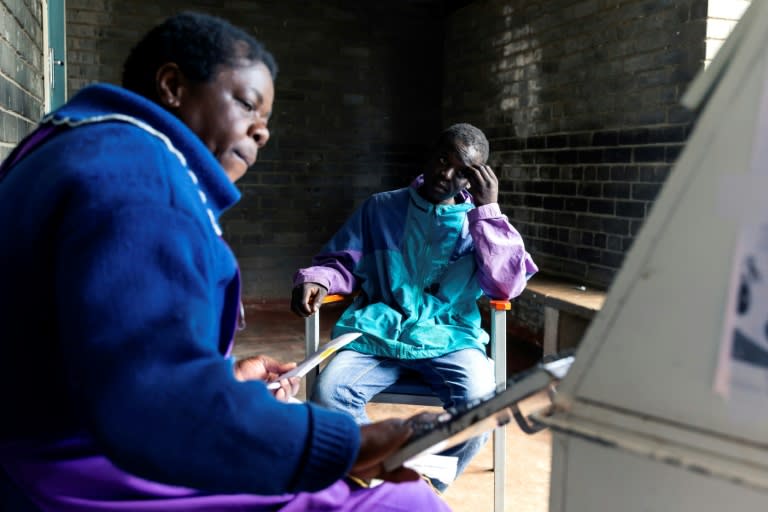 In a country where public health services have practically collapsed, containing the spread of TB has been a persistent struggle.

Zimbabwe has been stuck in a catastrophic economic and financial crisis for decades and its doctors are underpaid and under-equipped.

Although TB treatment is free, the annual number of TB infections in Zimbabwe remains among the highest in the world.

The contagious infection is usually found in the lungs and is caught by breathing in the bacteria from tiny droplets sneezed or coughed out.

As HIV-positive people are so vulnerable to TB, the clinics have followed the advice of WHO officials to link TB testing and treatment with HIV prevention programs. 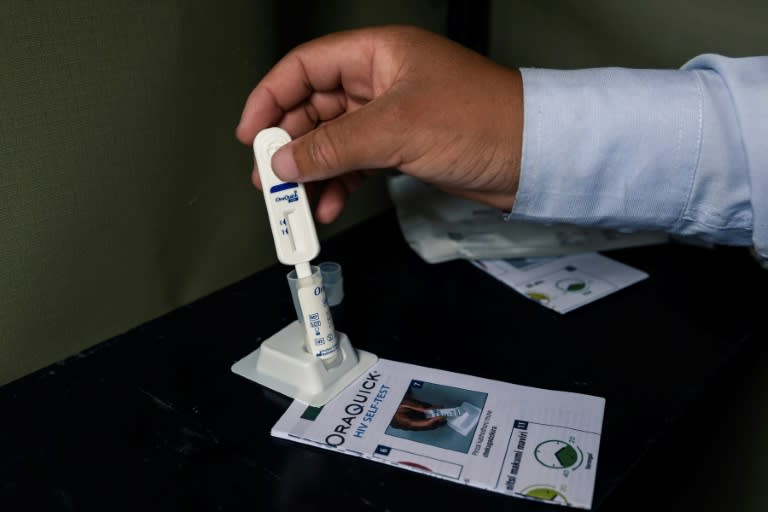 Close to the main gate of the Rutsanana clinic, a green self-testing HIV tent has been erected to encourage people to check their status.

Sithabiso Dube, a doctor with the medical charity International Union Against TB who heads the TB and HIV programme, said people with diabetes also have a higher risk of developing TB, so patients are tested for both diseases.

“Instead of going to seek diabetic care at one clinic and TB care at another, they are able to get these services in one place,” Dube told AFP.

Because services are free “they are able to cut down on what we call catastrophic costs to the TB patients,” she said.

Largely funded by a US Agency for International Development (USAID) programme, the pilot clinics have become lifesavers for the poor — but only if they happen to live near them.

The vast majority of the population have no access to the one-stop clinics.

As a result there are plans to scale up the programme, with another 46 similar centres to be rolled out across Zimbabwe.

“If one is on TB treatment and also has diabetes, and the diabetes is well controlled, chances of recovering are very high,” she said.