HONDE VALLEY, Zimbabwe (Reuters) - David Muganyura smells the coffee cherries on the slopes of his plot and breaks into a smile, as he chats to workers who are harvesting a crop he expects to be his biggest to date. 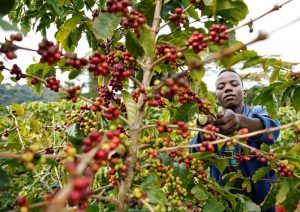 A long-time Zimbabwean coffee grower, Muganyura almost gave up on the crop when prices slumped to as low as U.S. 20 cents a pound at the turn of the millennium, and foreign buyers took flight after land seizures drove out more than 120 white commercial coffee farmers under the banner of post-colonial reform.

But with companies like Nestle’s Nespresso arm now willing to pay a premium for Zimbabwe’s beans, small-scale farmers like Muganyura are returning to a sector that was all-but destroyed under former President Robert Mugabe.

Coffee output in Zimbabwe was 430 tonnes in 2018, a 10% increase over the previous year. This year production is set at 500 tonnes, according to industry officials.

Zimbabwe was never among the world’s top producers: output peaked at around 15,000 tonnes in the late 1990s. But its Arabica coffee is prized for its zesty and fruity tones, and the sector once provided a livelihood for more than 20,000 poor farmers.

Nespresso, which started buying Zimbabwean coffee last year at a 30%-40% premium above international prices and pays farmers in U.S. dollars, is helping to drive the modest revival.

Its limited edition “Tamuka muZimbabwe” (“We Have Awakened in Zimbabwe”) coffee, launched in 16 countries in May, sold out in three weeks, he said.

Nespresso has teamed up with international non-profit Technoserve to offer training to small farmers in the growing techniques needed to achieve the high quality it demands.

“The market has a huge appetite for Zimbabwean coffee,” said Midway Bhunu, Technoserve’s farmer trainer. “The world was about to lose one of the world’s best coffees.”

Muganyura, a father of eight, received the training in 2017 and managed to more than triple output from his 2-hectare plot to 700 kg last year. This year, he expects to harvest 1.5 tonnes, a personal best that will earn him more than $10,000.

“This is only introductory to a stage where we will get real money,” Muganyura told Reuters during a visit to his plot in the eastern Honde Valley, about 360 km from the capital, Harare.

The dollar payments have enabled Muganyura to hire labor, install solar power at his homestead, buy farming inputs, pay school fees for some of his grand-children and medicine for his diabetic wife – which he struggled to do in the past. 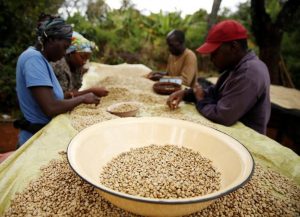 This year, he aims to buy a car, a lifelong dream.

Because of his success, he said, neighbors are inquiring about growing coffee. He plans to add another half a hectare of coffee trees.

Zimbabwe outlawed the use of dollars and other foreign currencies last month, ending a decade of dollarization.

Nespresso said it was still assessing what that would mean for its dollar payments to farmers.

The Honde Valley is one of four districts that together had about 2,000 small coffee farmers at the turn of the millennium. But most quit and started growing bananas.

Just two white-owned commercial coffee farms remain in Zimbabwe. Robert Boswell, 50, owns one of them. His family lost two other farms to land seizures in 2000 and cut the area under coffee production by 46%.

Boswell, who had been selling coffee to roasters in Germany and Canada, started delivering to Nespresso in 2018. This year he will expand the area under coffee by 25% to 60 hectares, he said during a tour of his Crake Valley estate in the scenic Vumba hills, 140 km south of the Honde Valley.

Commercial growers have an average yield of more than 2 tonnes per hectare.

Tanganda Tea Company, owned by diversified group Meikles Limited, is Zimbabwe’s biggest coffee grower but its 134 hectares are a far cry from the more than 1,000 hectares it used to grow two decades ago.

Tanganda had largely abandoned coffee due to poor prices and started to grow avocados and macadamia nuts. But it too started selling to Nespresso in 2018 and plans to add another 40 hectares of coffee this year, according to a statement on its website.