Safeguard Security has highlighted several areas in Harare and Bulawayo where extra vigilance is needed to guard against robberies, break-ins and thefts. It has also called on women in particular to be extra vigilant when leaving or arriving home 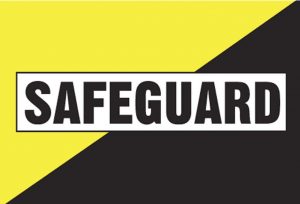 It has pointed out that security systems rely on stable power, which is difficult to manage with extensive electricity power cuts. It has recommended some non-electricity dependent security measures to boost security when there is no power.

“A combination of the longer winter nights, poor or no lighting and failing alarm systems has increased the risk for all premises,” Safeguard said, in a report to customers analysing various criminal activities reported to it in June.

Crime has more than doubled, with Safeguard’s own statistics showing a three-fold increase in crime from last year but a slight decrease in June, possibly due to arrests reported in Harare’s Emerald Hill, Westgate and Greendale suburbs in the past month.

It listed as areas of concern, where increased vigilance was needed, Harare’s city centre and Avondale, Ballantyne Park, Graniteside, Greystone Park, Msasa and Southerton suburbs, as well as Sunway City, and Bulawayo’s city centre and Inyati and Steeldale suburbs. In most cases the risk is of break-ins and theft, although in Ballantyne Park there had been an armed robbery.

It said that based on the incidents reported to it, women appeared to be particularly vulnerable to incidents of theft outside their premises. In one instance a woman in Chisipite was robbed of her bag at gunpoint as she approached her residence. “Hypervigilance is advised when exiting or entering premises,” it said. Another woman was robbed at her gate in Harare’s Vainona suburb last week.

Theft from motor vehicles is on the rise. This is evident not only from Safeguard’s statistics but from police reports, a Safeguard spokesperson said.

The suggestions made for security measures that could be taken that do not require electricity include wireless battery operated external and internal alarms, use of the Safeguard SOS app, which Safeguard rapid response customers can download for free on their phones, and external LED flood lights with motion activating sensors, which it said were available in many hardware stores.

Safeguard recorded 79 incidents in June, compared to 93 in May and 75 in May. The items chiefly targeted by robbers and thieves in the June incidents were money (20 percent), personal belongings (18 percent), business equipment (12 percent), personal laptops (10 percent) and cellphones (eight percent). It recorded several incidents of trucks carrying tobacco to market being hijacked or robbed of their tobacco bales in Harare.