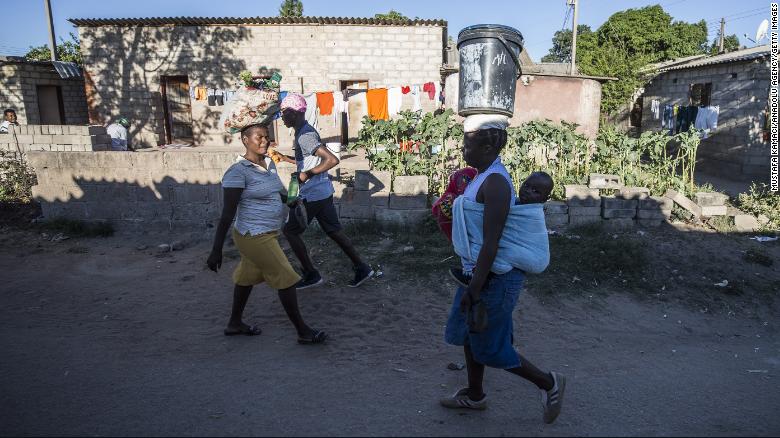 Last month, the country’s two major cities, Harare and Bulawayo, announced they had started a water rationing program which would see residents accessing tap water only once a week. The two cities combined have a population of more than two million people.

In recent years, Harare municipality has been battling against low water quality due to a critical shortage of purifying chemicals, which cost in excess of USD$3 million per month, water engineers said.

“We are using more chemicals and we have not been able to procure enough safe chemicals as a result, we are targeting to provide water to our residents with a minimum of once a week’ supply of the precious liquid,” he said.

Residents in Harare told CNN they have been experiencing water shortages since January, but the situation has worsened as many homes have gone without water for weeks as the crisis lingers.

“It was bad when they started rationing it, we could store water but it is dire now, because we may have no water for days and there is nothing to store,” Nyasha Chingo, who lives in Kuwadzana, a township near the Harare business district told CNN.

“We will continue with the water rationing exercise for a certain period into the foreseeable future because of the drought and chemicals,” Moyo told reporters.

Zimbabwe faced severe droughts between last October and May that have depleted water sources in its cities.

The Community Water Alliance of Zimbabwe, a campaign group that has been monitoring cases, says the worst affected areas are Chitungwiza, Epworth, Ruwa and Norton Town Councils, where residents have not had water for more than three months.

The water crisis has also sparked fears of cholera outbreak in areas where residents have gone without water for as long as three months, the NGO said.

“We are looking at hygiene standards, service delivery and ablution system which requires water. Citizens have been greatly affected and the cholera hotspots are what we fear the most,” Hardlife Mudzingwa of the Community Water Alliance told CNN.