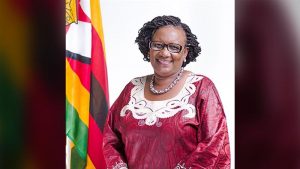 Prisca Mupfumira is the first cabinet minister to be charged by the newly formed anti-graft agency, which says it is on a drive to bring to account senior government officials suspected of corruption.

Mupfumira has been in detention awaiting trial since a court appearance on July 26 on charges over money from the state pension fund after questioning by the Zimbabwe Anti-Corruption Commission.

Mupfumira has denied the charges.

In a letter, a copy of which was seen by Reuters, chief secretary to the president and cabinet Misheck Sibanda said Mnangagwa had removed the minister from office “with immediate effect for conduct inappropriate for a government minister.”

A ministry of information official who declined to be named because he is not authorized to speak to the media confirmed Mupfumira’s sacking.