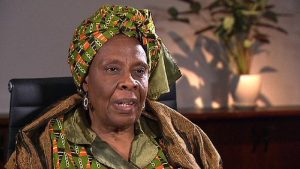 I was horrified to read a media article saying you had described the recent abductions of MDC members and civic society activists by suspected security forces as stage-managed. It is my hope that you were misquoted by state media which is desperate at giving a false impression that there are democracy and rule of law in Zimbabwe.
The facts are that Zanu PF youth are in some cases even taking the victims into their offices where the victims are severely tortured.
It is also a fact that persons armed with guns have opened fire and cause some damage to the home of Marondera member of parliament Caston Matewu, as even reported by the Zimbabwe Broadcast Corporation. Why note allow the experts to trace the origin of the bullets if that is possible. The statement attributed to you should not have been made before the results of police investigations have been released.
If you really said these words, please review your facts and make a correction.
Post published in: Featured