THE SCENE in Zimbabwe in November 2017 was one of jubilation: Robert Mugabe was standing down as the country’s president after 37 years in power. But nearly two years on, what was once a mood of hopefulness has descended into a growing sense of despair.

The long-awaited ousting of Mugabe ushered in what Zimbabweans hopefully referred to as the “new Zimbabwe” under Emmerson Mnangagwa, who took over leadership of Mugabe’s Zanu-PF party.

But less than a month later, six people were killed as army troops curbed protests against alleged election rigging to keep Zanu-PF in power.

Now, the UN estimates about five million Zimbabweans are currently in need of food aid.

Where did it all go wrong? Many in the country lay blame at the foot of their leader.

Fadzayi Mahere, a Zimbabwean lawyer and politician, wrote of Mnangagwa in the Guardian: “The mask has fallen away leaving in its stead a man more brutal and devoid of character than his predecessor.”

However, there is also a growing sense of dissatisfaction with the main opposition party, the Movement for Democratic Change (MDC), who have been accused of bowing to Government pressures to easily.

Last week, protests planned by the MDC were cancelled at the last minute after a court upheld a police ban on the gathering – but not before demonstrators had begun gathering in a Harare street. 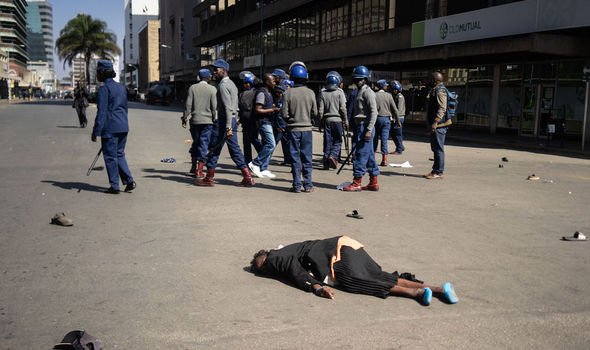 The police swept in to quell any protests, resulting in horrific scenes of the elderly amongst the crowd struggling to flee and receiving brutal beatings.

Flint Bedrock, a prominent Zimbabwean activist and musician, told Express.co.uk: “There is a sense of disappointment in the leadership of the main opposition party.

“The ruling of the court was inevitable and after telling people that the protest would go ahead regardless, the MDC were quick to concede, dashing the hopes of many who were prepared to defy the ban and exercise their constitutional right to protest and petition the government.

“It’s left others questioning the commitment of the leadership of the main opposition party, whether or not they themselves are [state] captured and are simply wanting to be seen to be acting in order to appease their supporters.” 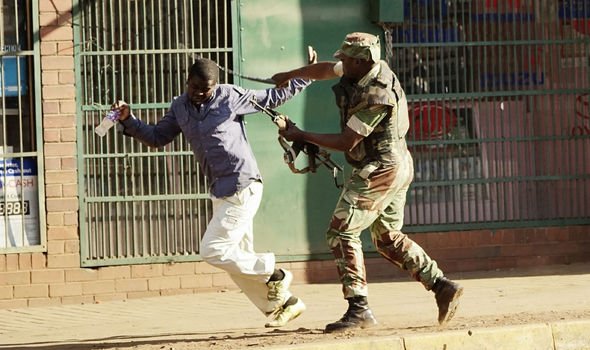 Zimbabwe crisis: A soldier beats a man in a street of Harare on August 1, 2018 as protests erupted over alleged fraud in the country’s election (Image: Getty) 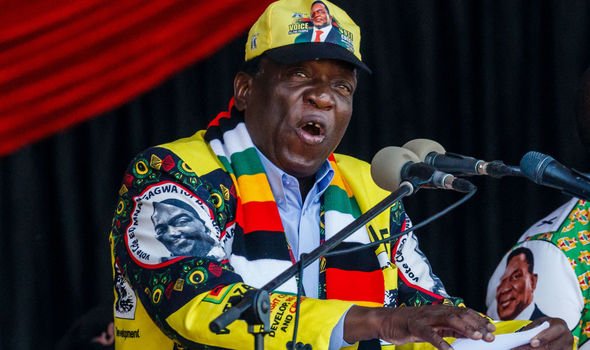 Zimbabwe crisis: President Emmerson Mnangagwa has been accused of tying the country to a corrupt regime (Image: Getty)

The MDC is now fighting to overturn another priest ban, this time in the city of Bulawayo.

A magistrates court upheld the ban on Monday, and on Tuesday, Bulawayo was a scene of heavy police presence, should any protests spark.

These means of armed oppression, coupled with inflation at a 10-year-high, have led many to despair the state of the country, with parallels drawn to the Mugabe era as well as colonial times, when the country was called Rhodesia.

Mbuso Fuzwayo, of the rights pressure group Ibhetshu Likazulu,said: “The move by the government to ban the demonstration shows they are running scared. 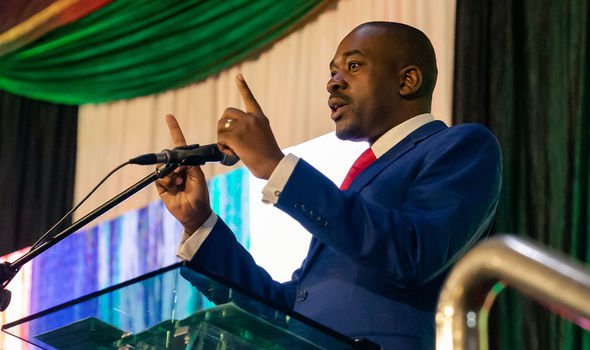 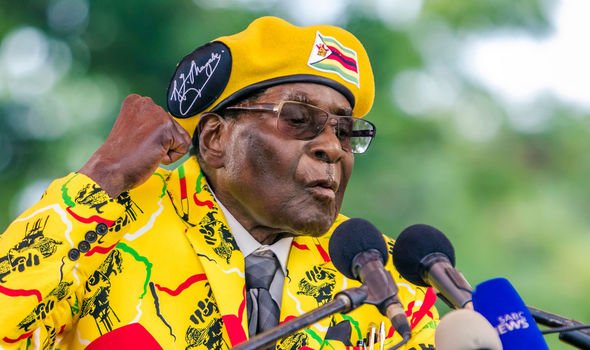 “They don’t have confidence in themselves. This is like Rhodesia. This is primitive.”

Mr Bedrock said: “It’s clear that nothing has changed in Zimbabwe – if anything it seems to have become worse.

“The government had an opportunity to show a clear commitment to democracy by simply allowing the protest to go ahead.

“One could argue that banning the protest has, in fact, highlighted the plight of the Zimbabwean people and the intolerant nature of this administration.”