HARARE, Zimbabwe — Zimbabwe's government-run sports commission said it has asked FIFA to remove officials in charge of the country's soccer federation from office and appoint a temporary committee. 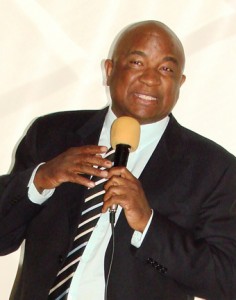 The Sports and Recreation Commission (SRC), which regulates sport in Zimbabwe, wants the Zimbabwe Football Association (ZIFA) run by a normalization committee until new elections can be held.

The SRC didn’t give a reason for the request but it followed a series of dramatic moves by ZIFA in the last week. ZIFA disbanded the entire national team and banned for life its former president, who is currently the head of southern African soccer, for alleged misconduct.

ZIFA said former president Phillip Chiyangwa was banned for submitting an ultimately failed bid for Zimbabwe to host this year’s Southern African championship without approval from the government or ZIFA board. ZIFA also accused Chiyangwa of playing a role in unsettling the national team, which threatened to go on strike ahead of the opening game of the African Cup of Nations in Egypt in June.

Chiyangwa lost an election to lead ZIFA last year but remains president of the Council of Southern African Football Associations.

The SRC has recently taken action against other sports bodies in Zimbabwe. It removed the Zimbabwe cricket board from office in June alleging corruption and election irregularities, leading to the country being banned from international competitions by the International Cricket Council because of government interference.

The SRC appears to have learned from that by asking FIFA to act, instead of removing the soccer federation leadership itself. FIFA also does not allow governments to interfere in the running of national federations.

The SRC is a body that operates under the sports ministry. Former Olympic swimmer Kirsty Coventry is Zimbabwe’s sports minister.