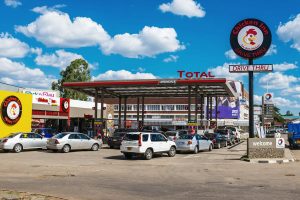 The country is buckling under an economic crisis compounded by the introduction of a new currency that’s pushed up prices and led to shortages of goods from bread to fuel. However, even when these products are available, they’re often unaffordable. The government on Monday increased fuel prices for the fourth time this month as it seeks to boost its income.

The trade deficit narrowed to $57.5 million in July from a nine-month high of $218.7 million in June, according the statistics agency’s data. The biggest export was nickel ores and concentrates with $92.5 million worth of product being shipped out.