Harare, Zimbabwe – Emmerson Mnangagwawanted a clean break from his predecessor’s past.

Whereas Robert Mugabe, who ruled Zimbabwe for 37 years, would contravene the West diplomatically, President Mnangagwa wanted to engage. And contrary to Mugabe’s strategy of barring investors, Mnangagwa said he was open for business.

At home, when he was officially sworn into office last year following a coup to remove Mugabe, he was welcomed as the leader Zimbabwe needed, and on the diplomatic front, he was the darling of Western diplomats – a pragmatic and progressive reformer.

But almost two years on from the removal of Mugabe, the landscape from both fronts is viewed differently amid an apparent crackdown on dissent and an economy that remains weak.

Earlier, in January, more than 16 people were killed when soldiers opened fire on protesters in the aftermath of a 150 percent fuel price increase.

Several others were injured. 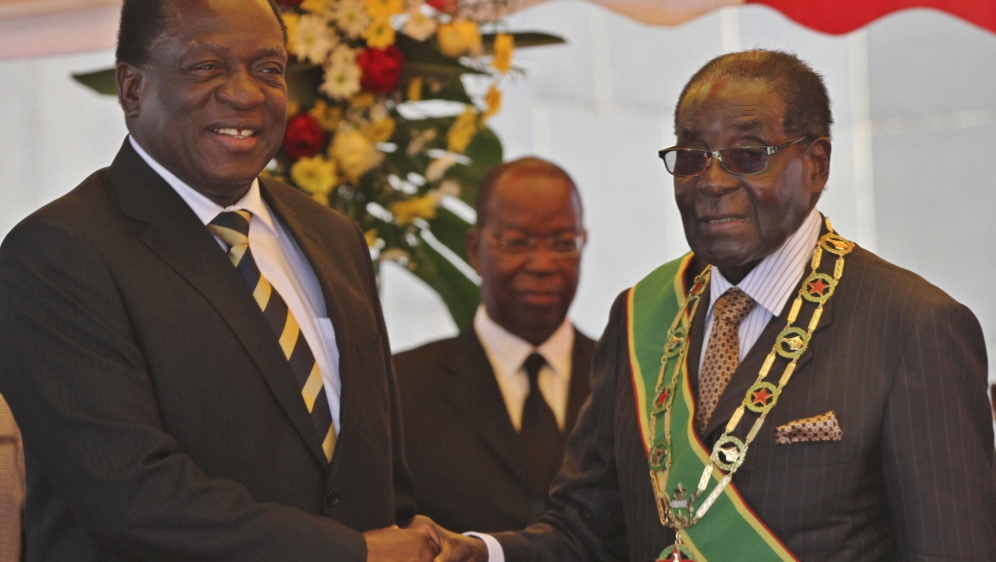 In this photo from August 10, 2015, Robert Mugabe, right, greets Emmerson Mnangagwa as he arrives for Zimbabwe’s Heroes Day commemorations in Harare [Philimon Bulawayo/Reuters]

With inflation at 200 percent in June, high living costs, stagnant salaries and 90 percentunemployment, discontent against Mnangagwa’s government is rising.

“I am very unhappy with the state of affairs in the country. Life is very hard now. We want the problems solved,” said Priscah Katema, a Harare resident who does odd jobs to supplement her husband’s income.

Some observers have described Mnangagwa as being “worse” than his former mentor Mugabe, but Ibbo Mandaza, a political science academic and former government adviser, said this perspective was limited.

“The argument that Mnangagwa is worse than Mugabe is purely academic,” he told Al Jazeera. “This is because there should not be any distinction between the two. Mnangagwa was always at the centre of the security apparatus that enabled Mugabe to do all the things he did.”

After the recent anti-government protests, the European Union, which earlier threw its support behind Mnangagwa’s reforms, sent a warning.

In a joint statement, the heads of mission for France, Germany, Greece, the Netherlands, Romania, Sweden, UK, Australia, Canada and the United States, said the “intimidation, harassment and physical attacks on human rights defenders, trade union and civil society representatives and opposition politicians – prior to, during and following the demonstration in Harare on August 16 – are cause for great concern.”

“The government is taken aback by the intrusive and judgmental tone of the statement. The statement fails to acknowledge that the Zimbabwean High Court spoke on the issue, which rendered any action taken contrary to that judgment illegal,” he said in a statement.

What we have witnessed in Zimbabwe since President Emmerson Mnangagwa took power is a ruthless attack on human rights.

Meanwhile, rights groups including Amnesty International have called on Zimbabwe to protect its citizens, describing a “systematic and brutal crackdown”.

“What we have witnessed in Zimbabwe since President Emmerson Mnangagwa took power is a ruthless attack on human rights, with the rights to freedom of expression, peaceful assembly and association increasingly restricted and criminalised,” said Muleya Mwananyanda, Amnesty International’s deputy director for Southern Africa.

“Blocking the people’s constitutional right to demonstrate can only aid in further exposing this regime and also buttressing our position that Emmerson Mnangagwa has turned the country into a fully-fledged military state that does not respect people’s fundamental rights,” said Chuma.

By the time of publishing, Mnangagwa had not responded to Al Jazeera’s request for comment.

Unperturbed by the diplomatic attacks, the 76-year-old president has accelerated a clampdown on opposition leaders and perceived enemies of the state. 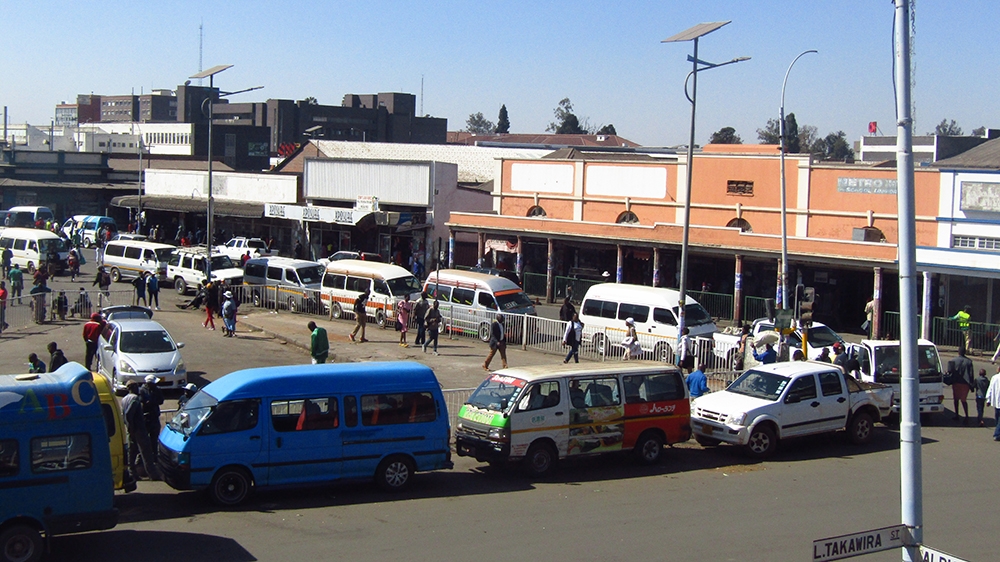 Opposition activists Blessing Kanotunga, MDC Youth chairperson, and Citizens Manifesto’s Tatenda Mombeyarara were abducted and assaulted last month in advance of protests, before being dumped back on the streets of Harare.

In the same period, MDC Youth Assembly National Vice Chairperson Cecilia Chimbiri was called in by the CID while Pride Mkono, a pro-democracy campaigner, was also detained and charged with attempting to subvert a constitutional government.

MDC national organising secretary Amos Chibaya was detained for failing to comply with a ban on demonstrations, and Leopold Munhende, a journalist with an online publication, was recently arrested in Harare.

Human rights lawyer Doug Coltart was also held and assaulted for filming the arrest of trade unionists, and spent a night in jail.

Even comedians have not been spared.

Armed and masked men forcefully entered the house of popular comic Samantha Kureya, known by her stage name “Gonyeti”, and abducted her.

She was reportedly driven to an unknown area and assaulted for her satirical jokes that poke fun at authorities.

But despite the threats, the opposition has refused to stop protesting, Chuma said.

“By closing the democratic space, the government is creating its own enemy,” he said.

Mandaza, the political science academic, believes it is unlikely he will stand in power until then.

“The killings of the August 1, 2018, the stolen elections, the January killings this year, assaults on protesters, and abductions are indicative of regimes that have become very vulnerable and fragile,” he said. “They now rely on sheer force after they lost the social and political base.”