Kingston Magombeyi, earlier this week obtained an order from the Harare High Court saying that his son could travel since he was not under arrest. 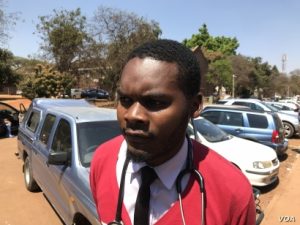 Dr Peter Magombeyi, the chairman of the Zimbabwe Hospital Doctors Association, disappeared from his home in Budiriro on the night of September 14.

His last WhatsApp message said: “I have been kidnapped by 3 men”.

Magombeyi was eventually released. In an interview with Washington based VOA Zimbabwe, he said he had been held in a basement and tortured with electric shocks.